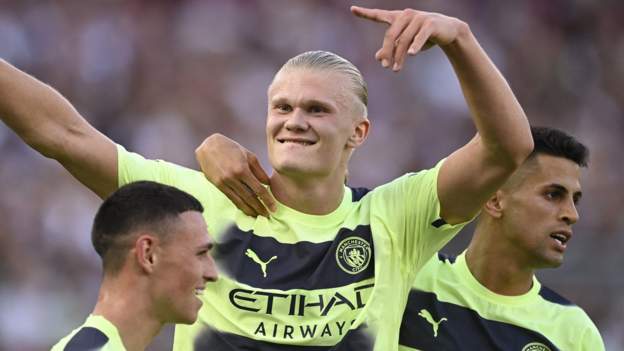 Erik ten Hag’s Manchester United reign got off to the worst possible start after his side were stunned by Brighton.
A first-half double from Pascal Gross put Graham Potter’s side in control – and despite a second half fightback, United only had Alexis Mac Allister’s own goal to show for their efforts in a 2-1 defeat.
Not even the second-half introduction of Cristiano Ronaldo could deny Brighton, although United did threaten a comeback when a scramble inside the visitors box ended with Alexis Mac Allister turning the ball into his own net after goalkeeper Robert Sanchez had touched it into his path under pressure from Harry Maguire.

In nine previous league visits, Brighton had managed only one draw, so this victory was historic.

Borussia Dortmund hold talks with defender Nico Schulz after domestic violence claims
BY JERRY APELEOKHAI
Borussia Dortmund say they have held talks with German defender Nico Schulz after allegations of domestic violence were made against the player.
It has been reported the player’s ex-partner has filed a criminal complaint against him for domestic violence in 2020 and an investigation has started.
Schulz, 29, denies the allegations.
Dortmund said it was not aware of the allegations until they emerged in the German media on Saturday, but they were “extremely serious and shocking”.
The Bundesliga club said at this early stage it could not take any action.
Schulz has been capped 12 times by his country, although he has not played for them since 2020.
The left-back has played 61 games for Dortmund since joining in 2019, but was not included in the squad for Saturday’s 1-0 win against Bayer Leverkusen.