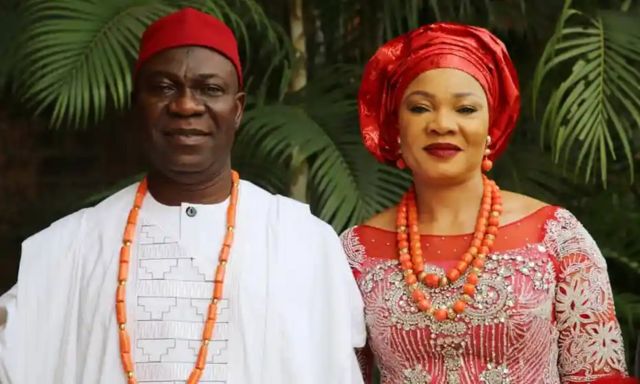 Former Deputy Senate President, Ike Ekweremadu, will appear before the Central Criminal Court, the United Kingdom in continuation of his organ harvesting trial.

Also to appear before the court on Thursday is the lawmaker’s wife, Beatrice and 51-year-old Obinna Obeta, said to have been arrested weeks ago on charges related to slavery and exploitation.

“We are expecting three individuals to appear in front of the judge today. That is the former Deputy Senate President; his wife, Beatrice and the third individual who was arrested by the Metropolitan Police a couple of weeks ago for charges related to Modern Slavery and Exploitation,” she said.

“This is a 51-year-old named Obinna Obeta. According to some reports, today is going to be a very short appearance.”

The judge and prosecutor are expected to lay out the offences, which will create room for the main trial, she said.

Giving more updates, the correspondent said the Senator may be remanded in custody till 2023.

Ekweremadu, who represents Enugu West Senatorial District in the National Assembly, was arrested at the Heathrow Airport from Turkey in June.

He was in possession of a diplomatic passport with questions bordering on whether the case contravened the Vienna Convention and Diplomatic Immunity.

Efforts to get information from the Nigerian High Commission UK proved abortive, but it is expected that the lawmaker should be given immunity to face charges in his country.

The case began on May 5 when the alleged trafficked victim handed himself to the police authorities on the grounds that he was being coerced into giving his organs despite being under-aged.

However, the case came to the public knowledge on June 23 after Ekweremadu and his wife were arrested by the Metropolitan Police on arrival into the UK from Turkey.

She added, “Why I said this case is complex is because, over the past couple of weeks, it is twisting. What we found out on July 7 when they appeared at the Westminster Magistrates’ Court is that this alleged victim isn’t actually underaged.

“He is indeed a 21-year-old but that doesn’t mean some of the charges that face the Senator are not incredibly serious. He is believed to be in violation of the Modern Slavery Act of Britain (2015).

“This individual is said to have exploited the arrangements of how he got to the United Kingdom. So, the case continues.”

The lawmaker and his wife, Beatrice Ekweremadu, were arrested on June 23 by the British authorities and charged with conspiracy to traffic a child to the United Kingdom in order to harvest organs.

Though the alleged victim of trafficking, David Nwamini, claimed he was 15 and was coerced by the Ekweremadus into donating his kidney, the Nigerian government provided records to prove that Nwamini was 21 years old, and not a minor.