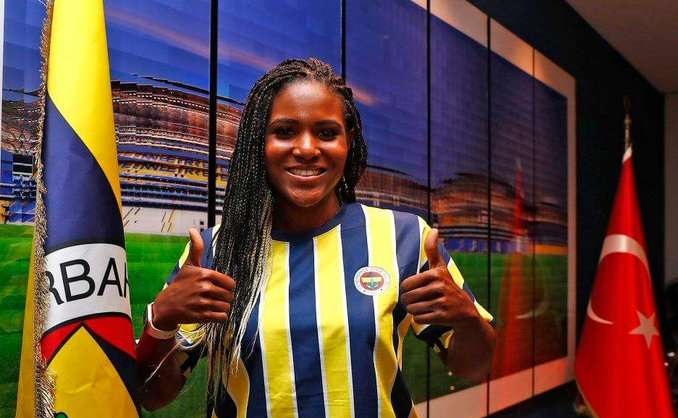 The female team of Turkish Super Lig side Fenerbahce has announced the acquisition of Nigeria’s Super Falcons midfielder Patricia George, BSNsports.com.ng understands.
George, a left-wing player who featured for SC Sand, one of the German Frauen-Bundesliga teams last season was unveiled on Wednesday afternoon.
Through Nigerian by birth and descent, George who was eligible to play for the United States, Venezuela or Nigeria, made her senior debut for Nigeria in February 2021 as a second-half substitution against Russian club CSKA Moscow at that year’s edition of the Turkish Women’s Cup.
Her first appearance facing another national team was two days later against Uzbekistan.