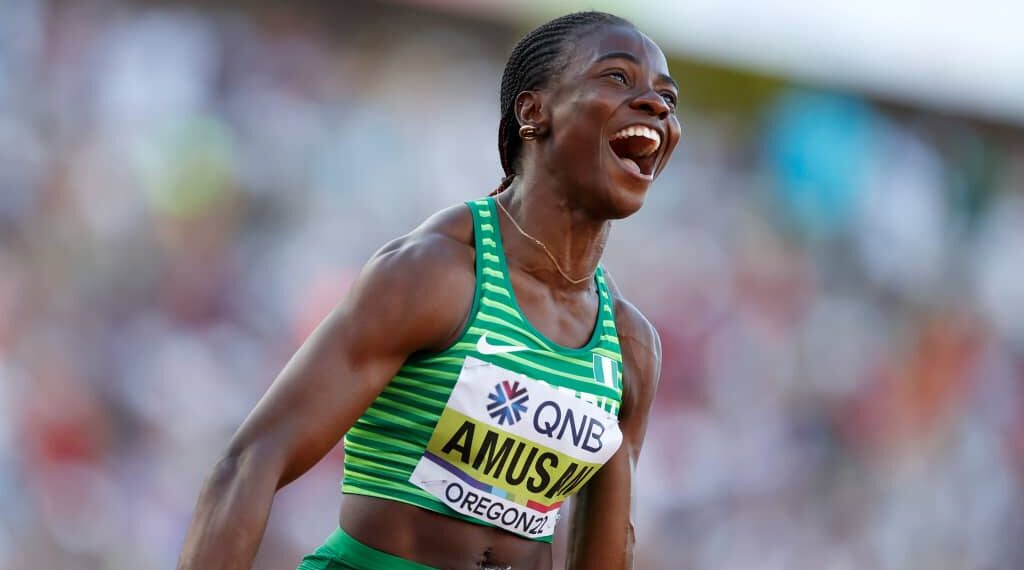 Team Nigeria’s medal hopeful, Rosemary Chukwuma and Grace Nwokocha, on Wednesday night, failed to win a medal in the final of the 100m women’s final at the 2022 Commonwealth Games in Birmingham.

Both athletes finished fourth and fifth respectively in the women’s final, after returning in 11.17secs and 11.18sesc as Nigeria ended the day without a single to remain 10th on the table.

Godson Brume, Favour Ashe and Raymond Ekevwo all failed to qualify for the men’s 100m final.

In the men’s high jump, Mike Edwards finished in sixth position after three attempts to scale through the 2.22m barrier proved unsuccessful.

However, quarter-miler Patience Okon-George qualified for the semi-finals of the women’s 400m event after she ran 52.63s to finish fourth in her heat. It was good enough to earn her a semi-final place as one of the fastest non-automatic qualifiers.

Samson Nathaniel and Dubem Amene also qualified from Heat 1 of the men’s 400m and will hope to brighten their chances of winning a medal on Thursday (today) when the event continues.

The performance was a far cry from the team’s outing on Day 5, when African champion Chioma Onyekwere made history as the first Nigerian woman to win the Commonwealth Games gold in the Discus Throw with a 61.70m effort in her fourth attempt to take the lead from home girl, Jade Lally, who led from the start of the competition with her opening throw of 57.33m.

Onyekwere’s gold medal feat pushed Team Nigeria back to the Top 10 on the medals table, but there was no big change on Wednesday as they failed to add to their medals tally.

Following the loss of the duo, the Nigerians will be banking on world champion Tobi Amusan in the 100m hurdles and long jumper Ese Brume, who won a silver medal at the recent World Championships in Oregon.