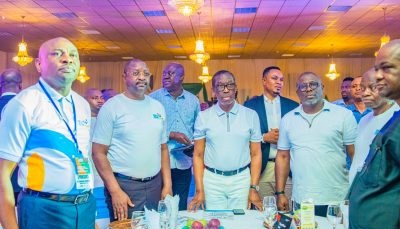 The Delta State Government on Wednesday night, at the Government House in Asaba, unveiled the official mascot and logo of the 21st National Sports Festival (NSF) scheduled to hold between November 2 and 15, 2022.

In his opening remarks, the Chairman of the 21st National Sports Festival Local Organising Committee (LOC) Chief Patrick Ukah, who doubles as the Secretary to the State Government(SSG), noted that unveiling of both the mascot and logo of Delta 2022, shows the readiness of the State towards hosting a successful event in November.

Tagged ‘Uniting Nigeria, inspiring a new generation’, Ukah said Delta 2022 National Sports Festival would go down in history as the best organised and most economically viable Games in recent history with the array of sponsors that have already aligned with the event.

Sports Minister Dare eulogised Governor Okowa for his total support for sports over the years, adding that, “Nigeria is finished should Delta State be taken out of her sporting equation.”