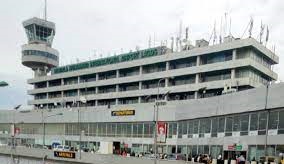 The domestic runway of the Murtala Muhammed Airport, Lagos will be completely closed for three months to enable some repairs and installation of Air Field Lighting to be done.

The development means that international and local airlines will use the international runway (18R/36L) for landing and take-off during the three-month period.

The statement read in part, “As part of efforts aimed at improving safety and efficiency of flight operations at the Murtala Muhammed Airport, Lagos, the Federal Airports Authority of Nigeria has concluded arrangements to complete the installation of CAT III Airfield Ground Lighting system on Runway 18L/36R. The project, which will commence effectively on Friday, July 8, 2022, is expected to last for 90 days.

“Consequently, Runway 18L/36R will be closed to flight operations during this time. However, stakeholders are to note that there will be no disruption. All normal flight operations will be conducted through runway 18R/36L. A NOTAM (Notice to Air Men) to this effect has already been published and disseminated accordingly.”

The statement was issued by the Acting General Manager, Corporate Affairs, FAAN, Mrs. Faithful A. Hope-Ivbaze.

FAAN had reportedly held a meeting with airline operators on Tuesday where the timeframe and modalities were communicated.

However, airlines operators and industry observers have said there may be slight delays to flights during the period.

A former Managing Director of the Nigerian Airspace Management Agency and the Chief Executive Officer of Topbrass Aviation Services, Roland Iyayi, envisaged that local airlines would bear more of the brunt of the closure.

Iyayi said, “With the closure of the domestic runway, you have additional delays of traffic, inbound and outbound-Lagos both domestic and international. For the domestic carriers, that will mean additional costs in terms of fuel. The international flights will not be pretty much affected because they have a scheduled arrival time. To a large extent, they don’t necessarily expect undue delays, if you know the peak periods for international flights, between early mornings and late evenings, so with more flights coming in the evenings and going out late nights, I expect a minimal impact to be on the international airlines. The domestic carriers will be the ones that will bear it more because it’ll mean that they have to taxi all the way from domestic to international and that’s an additional cost of fuel. The holding time and of course taxing time, all these things add up to cost and that’s the problem the carriers will have to face.”

The President, Association of Foreign Airlines and Representatives in Nigeria, Kingsley Nwokeoma, however, expressed the hope that the government  agency would complete the job within the states timeframe.

He said, “Apparently, we should always have in mind that the runways are major operational facilities and if you notice, we have always had runway issues and most times you don’t see the two runways being functional and the functionality is key because it is every airline’s dream to have a runway that is not being overused, these are runways that big birds keep landing on.

“The major effect will be that both the international and the local carriers will be using one particular runway, and this is not operationally healthy. Hopefully, we pray that FAAN and NAMA fix this on time and very well.”