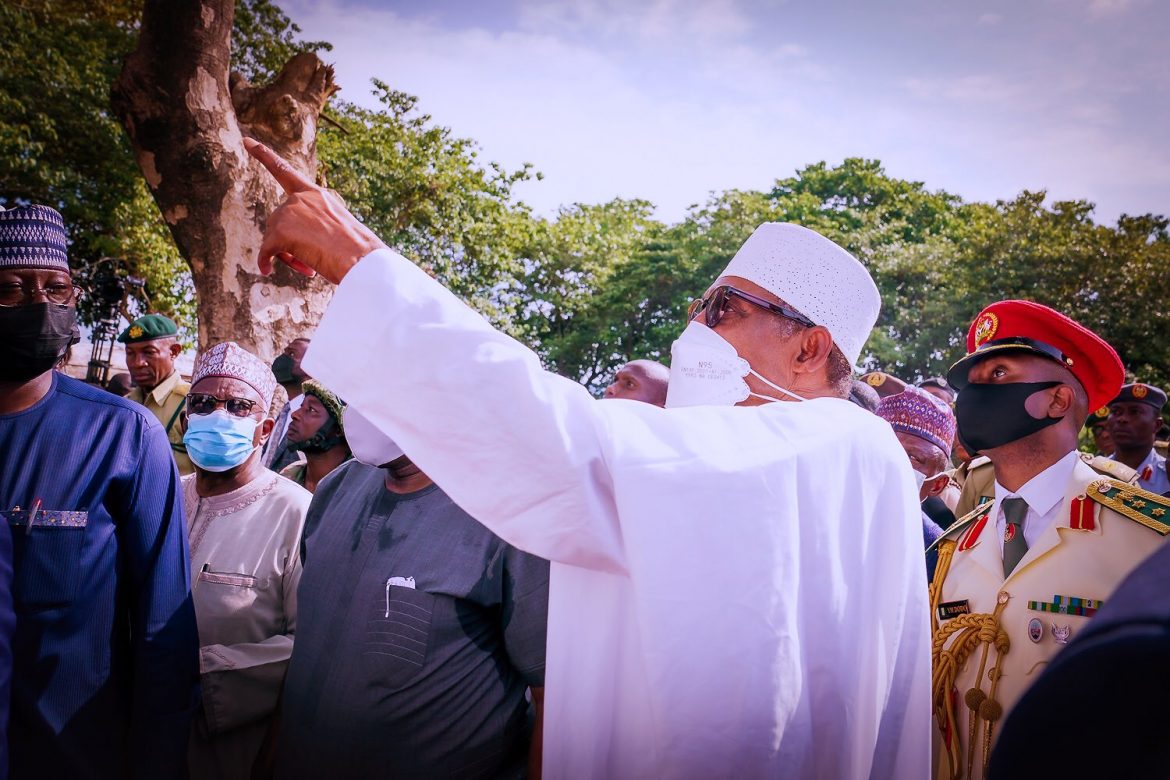 President Muhammadu Buhari, who visited the Centre, slammed the failure of intelligence. He directed the authorities to provide him with a comprehensive report.

The President was briefed by the Permanent Secretary, Ministry of Interior, Dr. Shuaib Belgore and the Controller General of Nigerian Correctional Service, Haliru Nababa. He was shown the bombed-out section and the records office that was set ablaze.

Dr Belgore said the invaders launched an attack on all cells in which Boko Haram terrorists were held.

The President was informed that none of the 63 terrorists could be accounted for, but that there were backup records.

President Buhari asked: “How did the defences at the prison fail to prevent the attack? How many inmates were in the facility? How many of them can you account for?

“How many personnel did you have on duty? How many of them were armed? Were there guards on the watchtower? What did they do? Does the CCTV work?”

After inspecting some of the points impacted by the attack, President Buhari spoke to reporters, expressing disappointment with the intelligence system.

“I am disappointed with the intelligence system. How can terrorists organise, have weapons, attack a security installation and get away with it?”

The President, accompanied by Secretary to the Government of the Federation Boss Mustapha and Chief of Staff Prof Ibrahim Gambari, said he expected “a comprehensive report” on the incident.

NCoS spokesman, Mr Abubakar Umar, said the Centre has a capacity of about 940 inmates, but 994 inmates were in the facility when the terrorists struck.

According to him, the 443 who escaped have been recaptured, bringing the number of inmates in the facility to 578.

Among those who escaped, Umar said, are 64 suspected Boko Haram members, which brings to 416 the number of inmates on the run.