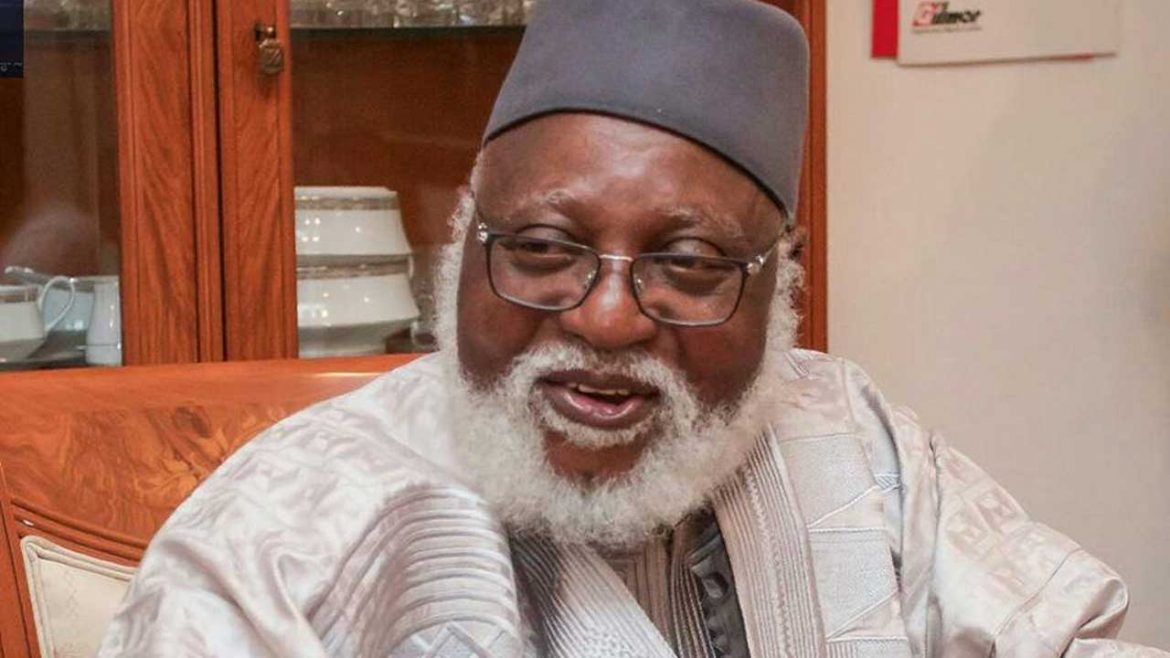 It is interesting how he progressed from military ruler to democracy supporter. After a military career in which he supervised a historic transition to democracy, he continues to help sustain the country’s democratic system.

President Muhammadu Buhari, in a tribute to him as he turned 80 on June 13, said former military head of state Gen. Abdulsalami Abubakar “chose the noble path by ensuring transition to democratic government in 1999, and midwifed a peaceful handover process in 2015.”

Abubakar became Nigeria’s head of state following the sudden death of Gen. Sani Abacha in June 1998, after five years in power marked by ruthless oppression in response to an intense pro-democracy campaign.

Abacha had overthrown the interim national government installed by military strongman Gen. Ibrahim Babangida who controversially annulled the country’s historic June 12, 1993 presidential election, won by the moneyed and magnetic Chief M.K.O. Abiola.  His regime caged Abiola, who died in detention in July 1998 in the middle of the fight for his release and restoration of his ruptured electoral mandate.

Many people believed the Abubakar regime was implicated in the alleged poisoning of Abiola, an accusation he continues to deny.  He was the Chief of Defence Staff from 1993 to 1998. As a member of the military ruling council under Abacha, he was among the actors who caged Abiola for insisting on actualising his victory in the presidential election.

He had an opportunity to redeem himself by releasing Abiola immediately he became head of state, which might have saved the detainee’s life. His failure to promptly address the detention issue was seen by many as a great moral failure.

To his credit, he handed over power to a democratically elected government in 1999, a year after his rise to power, and has continued to promote democracy and peace not only in Nigeria but across the African continent.

In 2015, about 16 years after he left power for elected officials, he was instrumental in bringing about a significantly peaceful democratic transition involving then President Goodluck Jonathan and his then main challenger, Buhari.  It was the first time an incumbent head of state was defeated in an election in the country; and it was striking that the loser left office without a fight.

The National Peace Committee (NPC), headed by Abubakar, played an important role leading to the non-violent succession. The body initiated a peace accord signed by the participants in the election. They agreed to avoid actions that could trigger violence during and after the poll.

Also, the introduction of the non-violence pact signed by political parties and candidates is believed to have contributed to peaceful governorship elections in Edo State in September 2020, Ondo State in October 2020, and Anambra State in November 2021. It is noteworthy that the peace accord has also been signed by participants ahead of the Ekiti State governorship election tomorrow. Interestingly, the peace accord seems to have become a feature of the country’s political culture. It reflects Abubakar’s patriotic promotion of peace in the polity. President Buhari noted his participation in peace missions and “negotiating for the upholding of democracy across the continent.”

He was among the pioneering sets of officer cadets in the Nigerian Air Force in 1963. He received basic and advanced military training in West Germany from 1964 to 1966, and was moved to the Nigerian Army when he returned to the country. In October 1967, he was commissioned second lieutenant, infantry division, in the army.

It is an enduring irony that he is today regarded in some quarters as a hero of democracy. Abiola’s ghost is evidence that the label cannot stand without qualification.