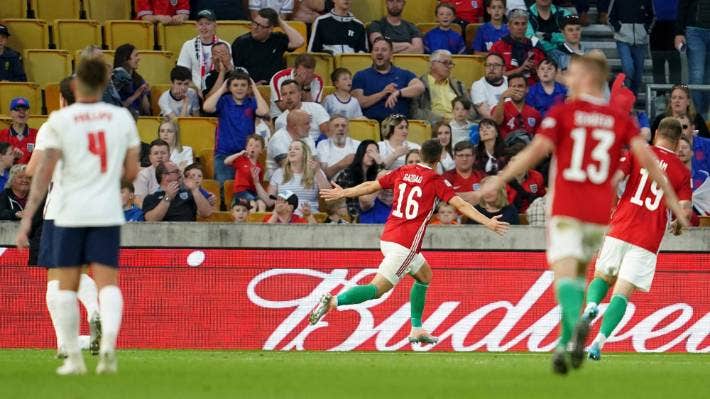 Three Lions of England’s poor campaign in the UEFA Nations League continued as they suffered their worst home defeat since 1928, following a 4-0 hammering in the hands of Hungary at the Molineaux in League A Group 3 on Tuesday night.

Gareth Southgate’s side have now gone four games without a victory for the first time since 2014.

They could do nothing but capitulate to a humiliating and potentially damaging defeat that had the crowd booing and calling for Southgate’s job at the final whistle.

Roland Sallai gave Hungary the lead on 16 minutes with a well-taken finish at the back post, then doubled Hungary’s lead with his second in the 70th minute.

With 10 minutes left Zsolt Nagy fired in from range to make it 3-0 and England had John Stones sent off just two minutes after the visitor’s third goal. And in the 89th minute Daniel Gazdag finished smartly to complete the rout.

Hungary earned their second win over the Three Lions on English soil and first since a famous 6-3 success at Wembley in 1953.

In the group’s other game, hosts Germany defeated Italy 5-2 to claim their first win after four games.

Germany ended the first half 2-0 up thanks to goals from Joshua Kimmich (10th minute) and Ilkay Gundogan (45+4 minute).

Thomas Muller added the third goal in the 51st minute with Timo Werner scoring two quick goals on 68 and 69 minutes to put Germany 5-0 ahead.

With 12 minutes left Italy pulled a goal back through Degnand Wilfried Gnonto and Alessandro Bastoni also scored to end the tie 5-2.

In some other results, Michy Batshuayi got the only goal as Belgium pipped Poland 1-0 away, Memphis Depay’s injury time goal earned Netherlands a 3-2 win against Wales, Ukraine and Republic of Ireland played 1-1 and Scotland thrashed Armenia 4-1.