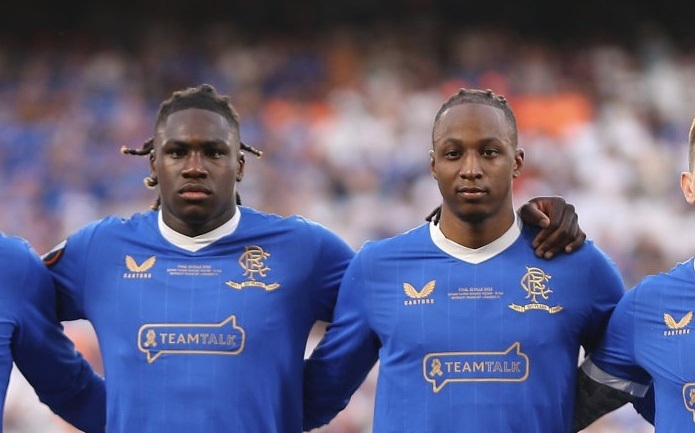 Rangers Nigerian duo of Joe Aribo and Calvin Bassey have been nominated for the Europa League Player of the Week award.

Their nominations was announced on UEFA website, uefa.com, after the final of the Europa League final between Rangers and Eintracht Frankfurt in Seville on Wednesday.

They will slug it out with Frankfurt players Kevin Trapp and Rafael Borre for the Player of the Week.

Aribo marked a brilliant performance by give Rangers the lead on 57 minutes, after taking advantage of a mistake by a Frankfurt player. He had a total attempt of two with a total speed of 29.3.

For Bassey, he made one tackle, 10 balls recovery and 80 per cent passing accuracy.

The winner of the Europa League Player of the Week will be decided by fans vote which will be on UEFA website.