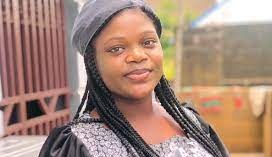 The Attorney General of Lagos State, Moyosore Onigbanjo SAN is leading the Prosecution by the State in the trial over the rape and murder of a 22-year old, Bamise Ayanwola on a BRT vehicle which occurred in late February.

The state government is prosecuting the bus driver, Andrew Nice Ominikoron, for the offences to which he pleaded not guilty during his arraignment in March.

The state government also turned down the request of the Ayanwola family’s lead counsel, Adesina Ogunlana, for fiat to prosecute the case on its behalf.

Mr Ogunlana, in the letter to the Lagos AG dated May 4, had expressed their wish for a more independent body to conduct the prosecution.

According to them, the Lagos government, agency and officials are involved in the matter and may not be reasonably expected to act as the prosecutor against themselves.

The family is also concerned that the state government included in the charges against Andrew Nice, another rape incident, separate from Bamise’s, a situation they believe may complicate their case.