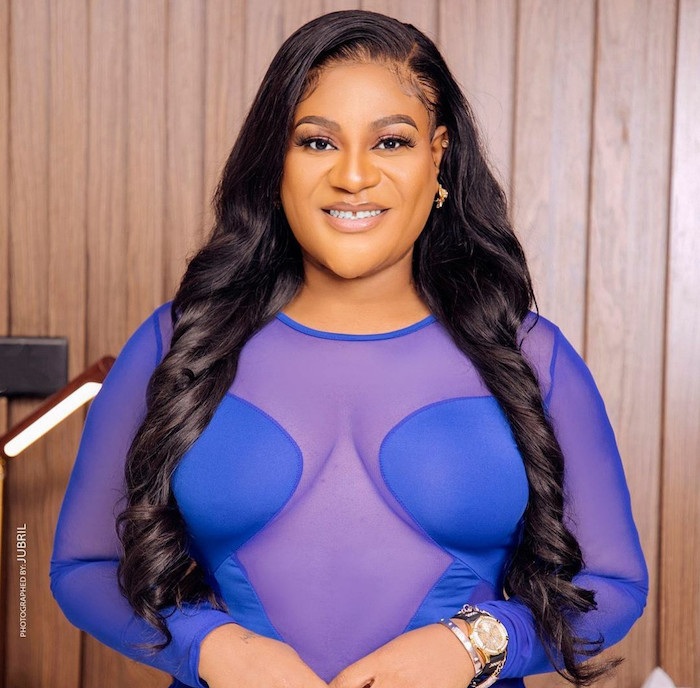 Nollywood actress  Nkechi Blessing has revealed that she has left the single train.

The star actress had had a falling out with her ex-lover, Opeyemi Falegan as they repeatedly dragged themselves online revealing dirty secrets about each other online.

It appears the thespian has moved on and is now in another relationship without wasting time mourning over lost love.

Nkechi Blessing, who is currently in the United States, made this known to her fans during a question and answer session when one of the questions thrown to her was whether she’d still give love a chance to which she revealed she’s already in a relationship.

Meanwhile, Anita Joseph has publicly called out movie producers in Nigeria. The actress lambasted them for their poor production and quality of movies.

Anita who was watching a foreign movie noted how their filmmakers always pay attention to details and give their all to it.

She further noted how many of the scenes especially the creepy scenes and ghost scenes always look so real.

Despite being a Nollywood star, she admitted that the movie industry still has a long way to go to meet up with the foreign standards.