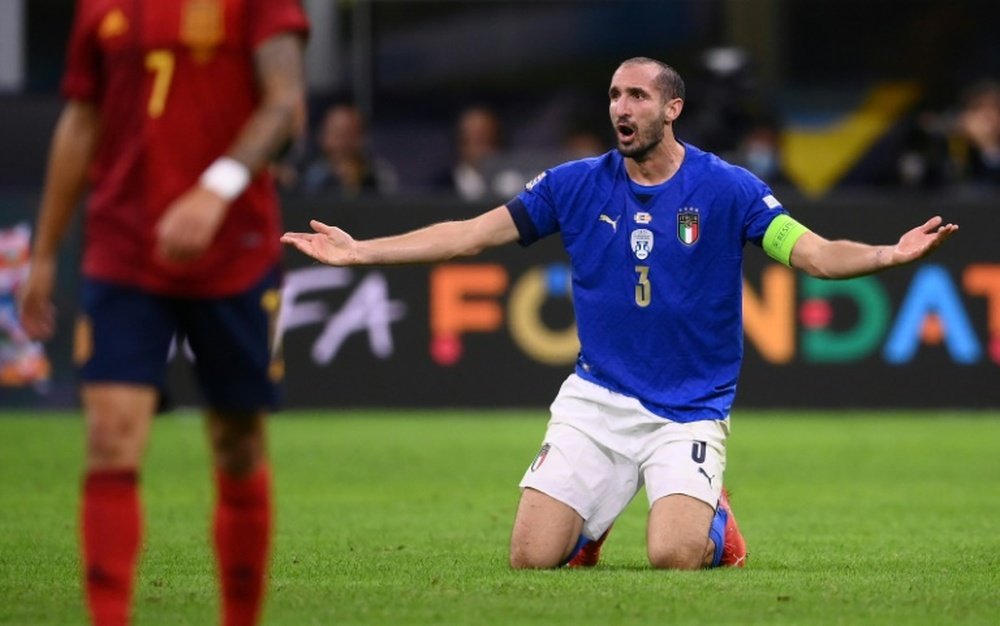 Italy legend, Georgio Chiellini has announced his retirement from international football.
Chiellini said he would retire from playing football after the nation’s friendly with Argentina at Wembley in June.

“I’ll say goodbye to the national team at Wembley,” the defender told DAZN after Juventus’ 2-1 win at Sassuolo.
Speaking on the reason to retire at Wembley Stadium, London, the Juventus defender said:

“Where I experienced the pinnacle of my career winning the Euros.
“I’d like to say goodbye to the Azzurri with a nice memory. That will certainly be my last game with Italy.”