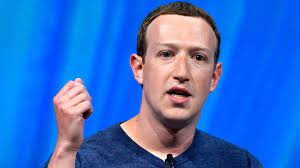 Facebook’s owner Meta Platforms saw its stock market value slump by more than $230bn (£169bn) on Thursday, in a record daily loss for a US firm.

Meta also said that Facebook’s daily active users (DAUs) had dropped for the first time in its 18-year history.

The drop in Mr Zuckerberg’s personal fortune was equivalent to the annual gross domestic product of Estonia.

Even after that drop, Mr Zuckerberg has an estimated net worth of almost $90bn, which means he is still one of the richest people in the world.

That came after Meta revealed that Facebook’s DAUs fell to 1.929bn in the three months to the end of December, compared to 1.930bn in the previous quarter.

It was the first time ever that this measure of activity on the world’s biggest social network had gone into reverse.