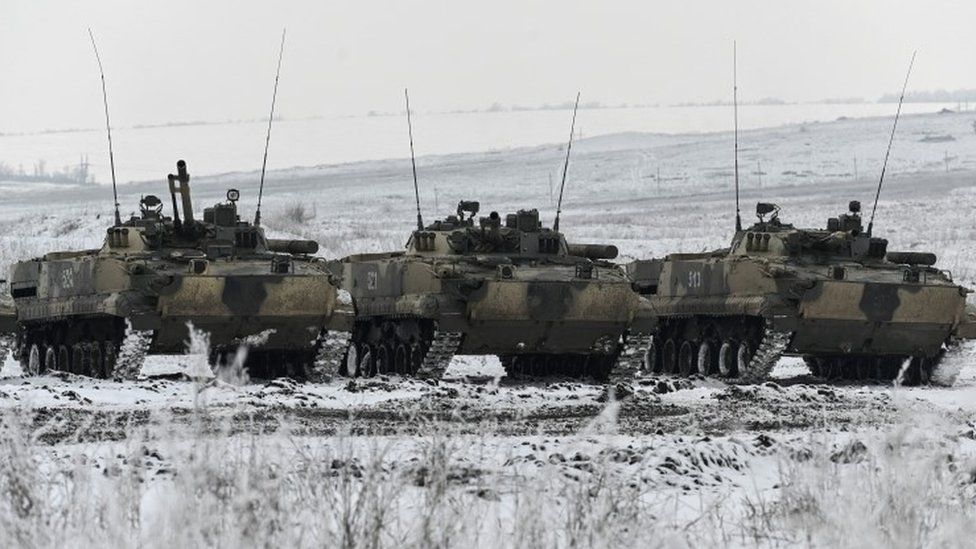 US President Joe Biden has warned there is a “distinct possibility” Russia might invade Ukraine next month, the White House says.

Russia meanwhile says it sees “little ground for optimism” in resolving the crisis after the US rejected Russia’s main demands.

The build-up of tens of thousands of Russian troops on Ukraine’s borders in recent weeks has stoked fears of an invasion.

Russia denies it is planning an attack.

The US president made the comments in a telephone conversation with Ukrainian President Volodymyr Zelensky on Thursday.

“President Biden said that there is a distinct possibility that the Russians could invade Ukraine in February,” White House National Security Council spokesperson Emily Horne said.

“He has said this publicly and we have been warning about this for months.”

During their talk, President Biden “reaffirmed the readiness of the United States along with its allies and partners to respond decisively if Russia further invades Ukraine”, a White House statement said.

Mr Zelensky said they “discussed recent diplomatic efforts on de-escalation and agreed on joint actions for the future”.

Axios, citing unnamed sources, suggested the two disagreed how the two disagreed on how imminent the threat was. Some military experts suggest Russia may be waiting for the ground in Ukraine to freeze so they can move in heavy equipment.