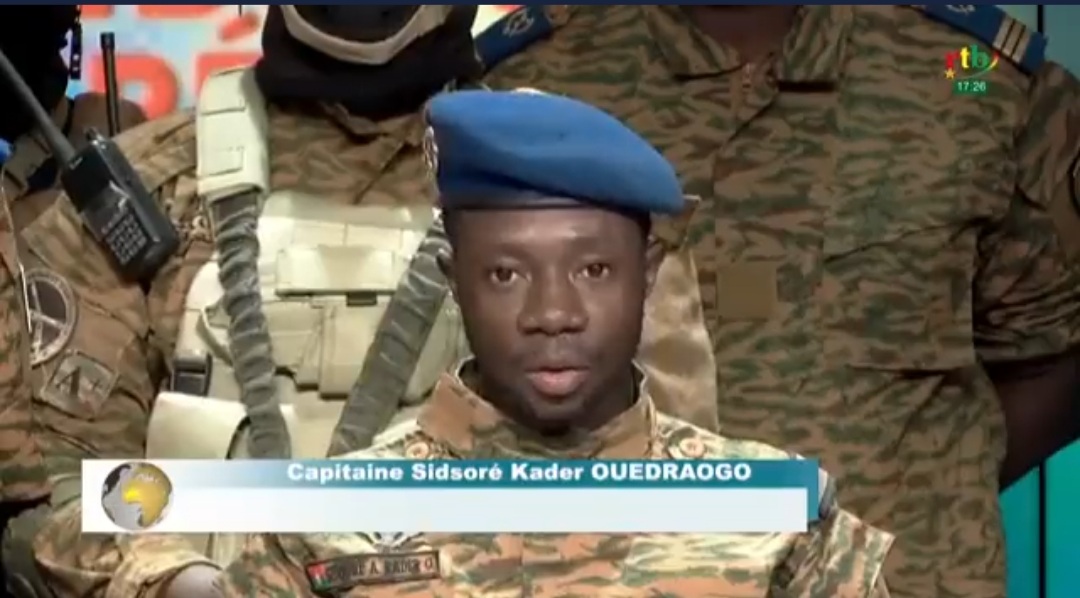 Soldiers in Burkina Faso on Monday announced on state television that they have seized power in the West African country following a mutiny over the civilian president’s failure to contain an Islamist insurgency.

A junior officer announced the suspension of the constitution, the dissolution of the government and parliament, and the closure of the country’s borders from midnight Monday, reading from a statement signed by Lieutenant Colonel Paul-Henri Sandaogo Damiba.

He said the new Patriotic Movement for Preservation and Restoration (MPSR) would re-establish “constitutional order” within a “reasonable time”, adding that a nationwide nightly curfew would be enforced.

Earlier Monday, African and Western powers denounced what they called an “attempted coup” and the EU demanded the “immediate” release of President Roch Marc Christian Kabore.

The United States also called for Kabore’s release and urged “members of the security forces to respect Burkina Faso’s constitution and civilian leadership.”

UN chief Antonio Guterres said in a statement he “strongly condemns any attempted takeover of government by the force of arms”, calling events a “coup”.

Following contradictory reports over Kabore’s whereabouts EU foreign policy chief Josep Borrell said in a statement: “We now know that President Kabore is under the control of the military.”

He called the situation “extremely worrying”.