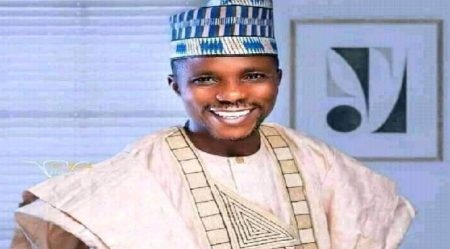 Sources close to the family informed he was admitted after he slumped on Monday 10th January 2022 in his office at the council Secretariat, Akwanga.

The chairman was said to have slumped shortly after addressing senior staff of the council with a promise to work with them for the development of the local government.

Leweh, who is barely three months in office, died at a private hospital in Abuja where he was receiving treatment.

He was confirmed dead shortly after Governor Abdullahi Sule and his Deputy, Dr Emmanuel Akabe, visited him at the hospital in Abuja

Nasarawa Assemblymember representing Akwanga south, who is the younger brother to the late chairman, Samuel Tsebe, confirmed the incident.

” I lost my elder brother (Hon Emmanuel Joseph Leweh, Executive Chairman of Akwanga LGA) to the cold hand of Death this evening after a brief illness.”