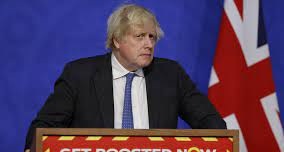 Boris Johnson is facing calls from senior Tories to resign after he admitted to attending a drinks party during the lockdown.

The prime minister apologised for the way he handled the event in the Downing Street garden in May 2020 and said he understood the public’s “rage” over it.

Mr Ross, an MP and a Member of the Scottish Parliament said he had had a “difficult conversation” with Mr Johnson after he apologised on Wednesday in the House of Commons.

He said he would write to the 1922 Committee, which organises Conservative leadership contests, to register his lack of confidence in the prime minister.