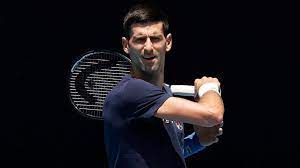 Tennis star Novak Djokovic has admitted there were mistakes on his immigration forms and to meeting a journalist despite testing positive for Covid, as Australia mulls deporting him.

The men’s tennis number one is hoping to play in the Australian Open next week.

But his participation has been overshadowed by a row over his visa.

Djokovic, who is unvaccinated, had his visa revoked on 6 January shortly after arriving in Australia amid questions over the vaccine exemption that would have permitted him to enter.

But the government has not ruled out further action – and the possibility remains that the country’s immigration minister could cancel his visa for a second time just days before the tournament begins.

If Djokovic wins the Australian Open – his 21st grand slam – he would become the most successful male tennis player in history.

In his Instagram post, Djokovic said he went ahead with the interview, with French title L’Equipe, because he “didn’t want to let the journalist down”.