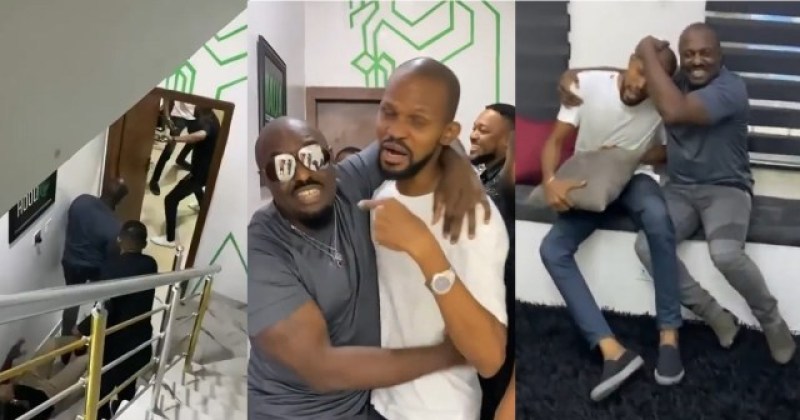 A video has gone viral as it showed the moment Uche Maduagwu and Jim Iyke hugged and Laughed with each other after their staged fight that happened last year.

Although during a chat with Chude Jideonwo, Jim Iyke revealed that the fight between him and Uche Maduagwu was staged to promote his movie.

In the video, Uche was heard saying Jim Iyke should buy him pizza after filming with Jim Iyke.

In the video, Uche is heard asking for pizza as compensation after filming with Jim Iyke.

The popular thespian is also seen begging Uche for using too much violence during the pretend fight. The actor added that he had to make it look real.