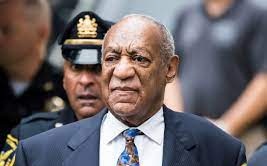 Prosecutors in Montgomery County, Pa., are appealing to the U.S. Supreme Court to review a state high court decision that allowed comedian and actor Bill Cosby to walk free less than three years after he was convicted of assaulting a woman in a high-profile #MeToo case.

Cosby’s indecent assault conviction in April 2018 was overturned last June after the Pennsylvania Supreme Court ruled that the actor’s due process rights had been violated.

He had been charged for an alleged 2004 assault against Andrea Constand, who had been working for the women’s basketball team at Temple University in Philadelphia after prosecutors had told him that they wouldn’t bring criminal charges against him. At the time the ruling was overturned, Cosby had served more than two years of a scheduled three- to 10-year sentence.

In his appeal to the state Supreme Court, Cosby argued that a statement made by then-district attorney Bruce L. Castor Jr. in 2005 promised Cosby would not face criminal charges stemming from Constand’s allegations that Cosby had drugged and sexually assaulted her at his home.

Castor has said that he told Cosby’s lawyer verbally that he would not prosecute the actor and comedian, and that he then issued a press release announcing that his office’s criminal investigation had concluded. In court, Castor testified that he took those measures in an attempt to get Cosby to testify in any civil suit filed by Costand. In its June ruling, the state Supreme Court found that non-prosecution agreement binding.