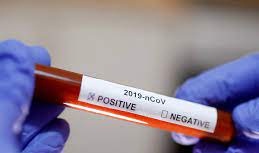 A total of 110 new cases of COVID-19 were reported on Sunday in the country, the Nigeria Centre for Disease Control (NCDC) has said.

The health agency confirmed the figure in a Facebook post on Monday morning, amid the emergence of a new COVID-19 variant called Omicron in some countries.

It explained that the new cases were recorded in 11 states and the Federal Capital Territory (FCT), with Lagos reporting 27 more infections.

While Osun recorded two, the NCDC revealed that a new case was reported in Ekiti, Gombe, and Zamfara states respectively.

This brings the total number of cases confirmed since the outbreak of the disease in Nigeria in February 2020 to 214,092.

Of the cases, the agency said a total of 207,254 people who tested positive for COVID-19 have recovered from the disease while 3,862 cases are active.

It stated that one more infected person lost the battle to the disease, bringing the nation’s death toll to 2,976.