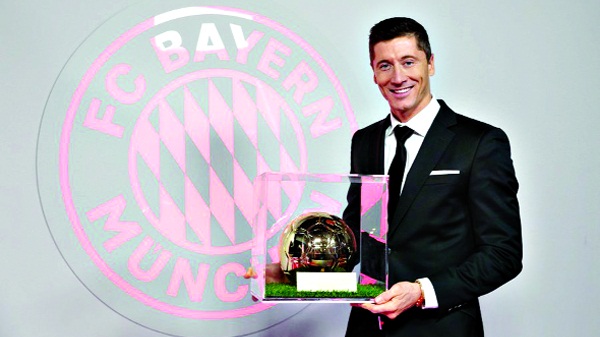 Robert Lewandowski has emerged as the winner of the prestigious 2021 Golden Player of the Year Award. The 33-year-old who won the award last year has scooped that of this year ahead of Lionel Messi and Jorginho A jury of former stars including Lothar Matthäus, Andriy Shevchenko, Hristo Stoichkov, Luca Toni, Samuel Eto’o and Rui Costa picked him as the deserved winner.

The former Borussia Dortmund striker is also in the running for the 2021 Ballon d’Or and The Best FIFA Men’s awards.

The 2021 Golden Player of the Year Award has been presented to Bayern Munich striker Robert Lewandowski by Italian outlet Tuttosport, Bundesliga reports. Tuttosport issued the award to the Polish striker as the best player over the age of 21 in the last calendar year.