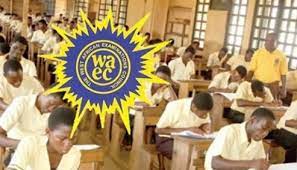 The West African Examination Council (WAEC) has released the 2021 Senior Secondary School Examination (SSCE) results and noted that there was an improvement in the number of candidates who got credits in five subjects including Mathematics and English Language.

While announcing the release of the WASSCE result on Monday, the Head, Nigeria National Office, Mr Patrick Areghan, explained that there was an appreciable 16.46 per cent improvement, saying the percentage of candidates in the category in the WASSCE for school candidates, 2020 was 65.24 per cent.

A further breakdown of the results showed that 1,398,370 candidates who make up 89.62%, had credits and above in at least five (5) subjects (i.e with or without English Language and/ or Mathematics.

According to him, 1,274,784 persons, representing 81.7%, had credits and above in a minimum of five (5) subjects, including English Language and Mathematics.

“The percentage of candidates in this category in the WASSCE for School Candidates, 2020, that is, those who obtained credit and above in a minimum of five (5) subjects, including English Language and Mathematics, was 65.24%,” he added.