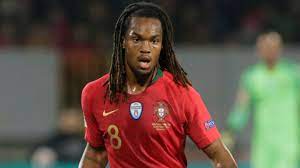 Arsenal wants to sign Portugal international Renato Sanches in a cut-price transfer in January, according to reports.

Sanches is out of contract at French Ligue 1 side Lille at the end of the season.

And with Mikel Arteta set to lose Thomas Partey and Mohamed Elneny to the Africa Cup of Nations, Sanches could be brought in early in the New Year.

According to Le10 Sport, the Ligue 1 champions are open to selling the 24-year-old when the transfer market reopens to avoid letting him go for free in the summer.

And it is understood the Gunners have already made their intentions clear to Sanches’ representatives and the club.

Despite being ‘very interested in the midfielder, Arsenal is yet to make a formal offer.

However, they may face competition from AC Milan and Barcelona for the midfielder – while Liverpool and Wolves have also been linked.

Barca made an approach last summer and reportedly agreed on personal terms – but could not sort a fee with Lille.

Sanches burst onto the scene at Benfica and won the 2016 Golden Boy in the same year he joined Bayern Munich.

But a flop loan to Swansea in 2017-18 saw his career stagnate before rediscovering his best form for Lille since arriving in 2019, helping them win the title last season.

Sanches has 32 Portugal caps with three goals and was part of the squad that won Euro 2016 where he was crowned Young Player of the Tournament and broke a host of national records.

Arteta currently has Party, Elneny, Albert Sambi Lokonga and Ainsley Maitland-Niles as his midfield options, while Granit Xhaka could return from a knee injury in January.

But Party and Elneny are both expected to be part of their national team squads for the upcoming Afcon in Cameroon.