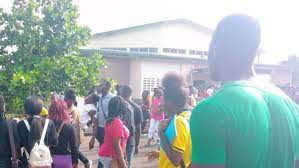 At least 11 students were injured on Wednesday when an improvised explosive device (IED) exploded on a university campus in Cameroon’s restive Anglophone region of Southwest, according to witnesses and authorities.

The explosion in the University of Buea happened at about 3:30 p.m. local time in one of the classrooms where the lecture was in progress.

University of Buea vice-chancellor Horace Ngomo Manga said “the device fell to the ground and exploded”.

One boy and 10 girls were wounded, he told state radio CRTV, adding that all were in a stable condition after the explosion and added that all injured students have been taken to a local hospital to receive treatment.

No one has claimed responsibility for the bombing.