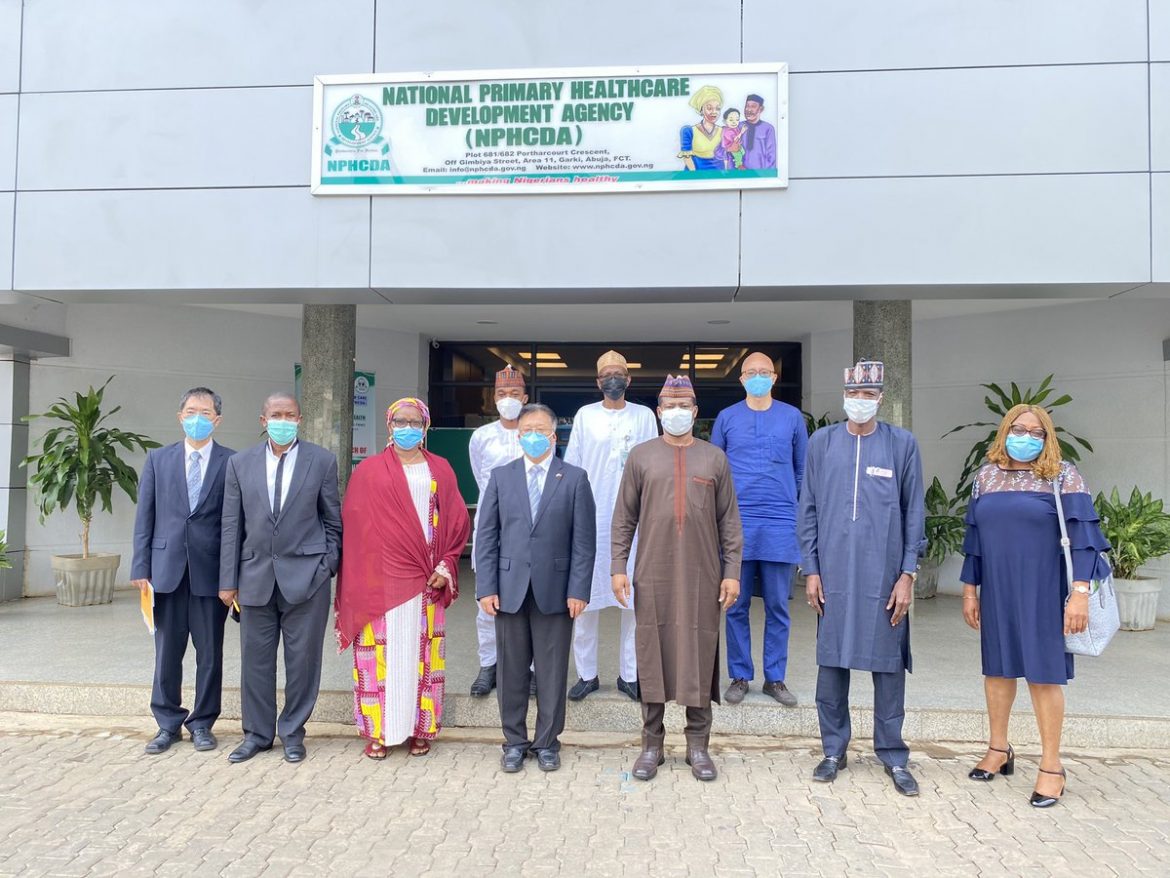 The Chinese Ambassador to Nigeria, Mr Cui Jianchun, has hailed the partnership between Nigeria and GAC Motors, saying that the partnership will boost industrialisation and economic growth in Nigeria.

The Ambassador of the People’s Republic of China to Nigeria, Cui Jianchun, has said some superpowers are exploiting China’s loans to Nigeria by painting a bad image of the situation.

Clearing the air at a seminar on “Learning from the Chinese Communist Party’s History and Creating a Brighter Future” held at the University of Abuja, Cui said it was logical that when one lent money to a friend or business partner, one had to think of how to get the value of the money back.

Cui, however, said some politicians tried to use words, the new colonial system mindset, to say that ‘ok, if I lend you money, if you cannot pay me back, you will lose your sovereignty.’

According to Cui: ‘This is their logic. This logic is done by the big powers. If you look at history, I cannot name the country, name the specific country.

‘But I want to let you know that the logic is that first, the Chinese side loves to do something for Nigeria, not only to help but also, this is beneficial to the two countries.

‘For example, the Chinese side can work with Nigeria for the railway station because now, money is a big constraint. Just like in 1978, we had no money. I had a lot of experience at that time. In China, we didn’t have money, we didn’t have the technology and we didn’t know how to manage the economy.’

The Chinese envoy further said that was the reason why he mentioned that the loan was very, very important.

He recalled his first job in the nuclear industry at that time when China was cooperating with France, saying that France gave China money to export machines.

‘That means the two countries built nuclear power plants. So, we benefited a lot.

‘So, that means the loan in Nigeria, it is very difficult for me to say that we can’t do everything because, from the gallery, you cannot impose your power on the banks.

‘For example, in China, we have the Exim Bank. It is a policy bank. How can I prostrate before them to say we need the money in Nigeria?

‘The most important thing is that we have to focus on the projects. We have to make all the projects economically feasible, otherwise, it really could be a white elephant project.

‘But I do believe that now, at this critical time, we need the money to develop this country. We cannot wait for five years, ten years later. Sometimes, when we were planting trees for the next generation, some people said we were borrowing money to let the future generation bear the burden. Now, this is not true. Every country has to do something for the next generation, otherwise, the country cannot move forward,’ Cui further said.

Earlier, Cui said a century ago, at the time of its founding, the Communist Party of China had just over 50 members.

He added that currently, with more than 95 million members in a country of more than 1.4 billion people, the Communist Party of China is the largest governing party in the world and enjoyed tremendous international influence.

‘To be frank, by learning from history, we can understand why powers rise and fall. Through the mirror of history, we can find where we currently stand and gain foresight into the future. In fact, if we look back on CPC’s 100-year history, we can see why we were successful in the past and how we can continue to succeed in the future. This will ensure that we act with greater resolve and purpose in staying true to our founding mission and pursuing a better future on the new journey that lies before us,’ Cui also said.

On his part, the Director, Institute for Legislative Studies, University of Abuja, Associate Professor Sheriff Ghali Ibrahim, said the development of the Communist Party of China which manifested itself to be a nation builder to emerge as the second-largest economy by galvanising the economy of China, was something to celebrate.

‘And that is why with the attainment of 100 years of the Communist Party of China, it is being celebrated all over the world. That is why at our centre, we deemed it imperative to actually discuss this and what do we learn,’ Ibrahim said.

Also speaking, a former Acting Director-General of the National Institute for Hospitality and Tourism (NIHOTOUR), Dr Momoh Kabir, said although Nigeria’s circumstances may be different from that of the Chinese experience, there were useful lessons to learn from the experience of China.

‘Not just Nigeria as a country, but even our sister African countries and the world at large. We are a democracy and we are a growing country. And if there are certain things that we can take from some other countries, especially like China, in view of our present discussion, that we can learn to help us out in the country, why not?,’ Momoh said.