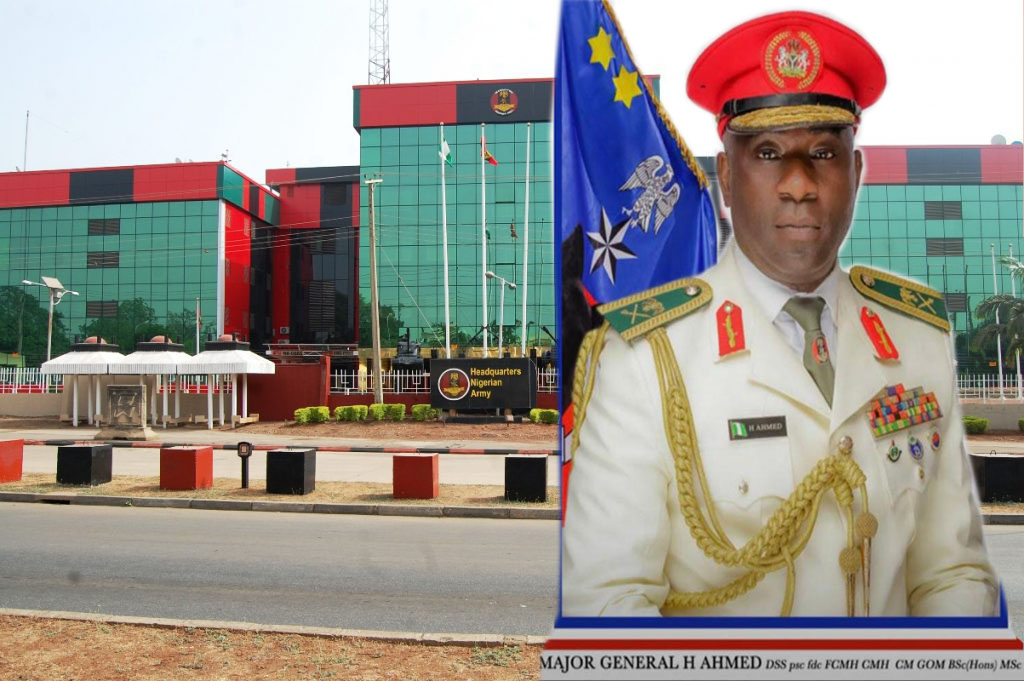 The Nigerian Army has announced the death of its former Provost Marshal, Maj.-Gen. Hassan Ahmed, who was killed by gunmen on Thursday.

The Nigerian Army has announced the death of its former Provost Marshal, Maj.-Gen. Hassan Ahmed, who was killed by gunmen on Thursday.

The death was announced in a statement by the Director, Army Public Relations, Brig.-Gen. Onyema Nwachukwu, on Friday in Abuja.

Nwachukwu said the incident occurred when the senior officer’s vehicle was attacked by gunmen while transiting along Lokoja–Abuja road on Thursday.

“A delegation from the Army Headquarters led by the Chief of Policy and Plans (Army), Maj.-Gen. Anthony Omozoje, has visited the widow and other members of the bereaved family.

“Members of the Nigerian Army Officers’ Wives Association (NAOWA) led by the Deputy National President, Mrs Stella Omozoje, have also visited the family to condole with them.

“The remains of the deceased senior officer will be accorded a befitting burial at the Lungi Barracks Cemetery on Friday, July 16 by 10. 00am,” he said.