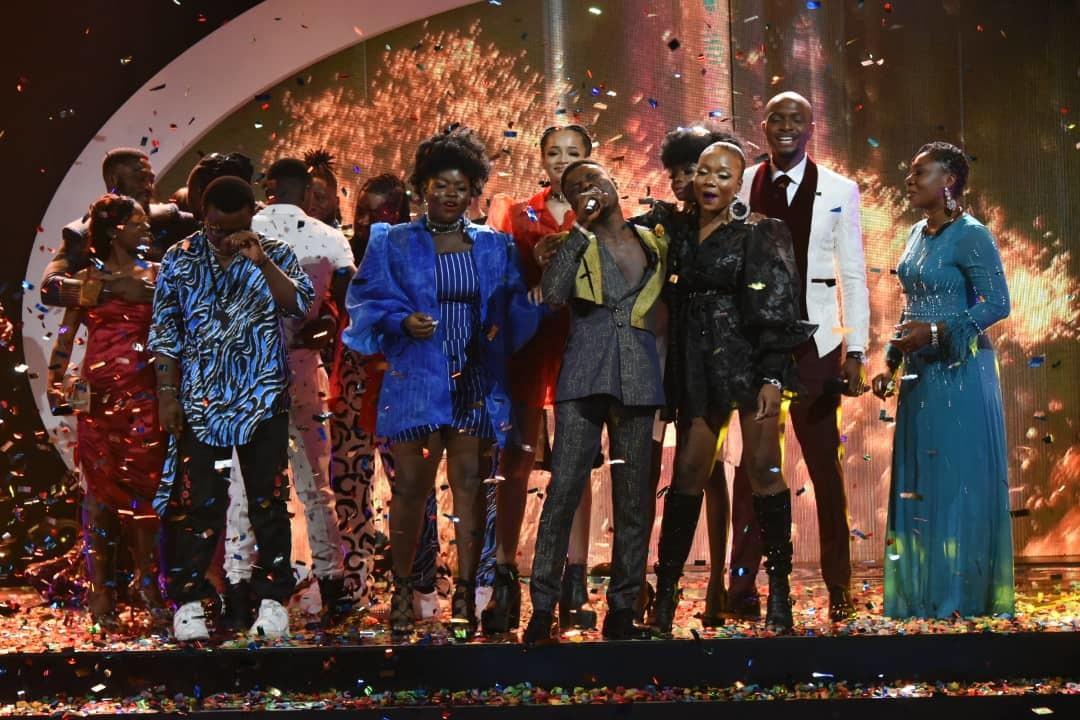 Bayelsan born Kingdom Kroseide has been crowned the Nigerian Idol 2021 for displaying an enthralling music prowess that swayed millions of votes and fans in his favor to beat Francis Atela at the grand finale of the singing competition.

After weeks and months of auditions, evictions and drama, Bayelsan born Kingdom Kroseide has been crowned the Nigerian Idol 2021 for displaying an enthralling music prowess that swayed millions of votes and fans in his favor to beat Francis Atela at the grand finale of the singing competition, sponsored by the truly world class and proudly Nigerian brand, BIGI.

BIGI is a carbonated soft drink with twelve variants from the stable of Rite Foods Limited, and the headline sponsor of the music reality show. The Bigi soft drinks have, for over 10 weeks, refreshed and revitalized all contestants who contested for the season 6 of the Nigerian Idol.

Eventually, it became a journey of creativity, excitement, and gripping music contest that lasted for 10 weeks with 11 contestants arousing the emotions of millions of music lovers and fans with entertaining rhythms and glamour of live-music performances.

Kingdom’s rendition of gentleman by Fela Kuti coupled with his duet with Cobhams Asuquo on the hit track one hit ignited a euphoric feeling that erupted ecstatic moments from the judges who gave a standing ovation during the performance. The 24-year-old singer had refreshingly delighted fans, voters and the judges with his music talent all through the 10 weeks of performances to clinch the coveted grand prize. The new star will be taking home a cash prize of 30 million naira, a brand-new SUV, 6 track EP recording deal, 3 music videos included, a Bigi branded refrigerator plus 1-year free supply of Bigi drinks, an all-expense-paid trip to Seychelles, a weekend getaway to Dubai for 2- and one-year cable subscription.

The runner up, Atela Francis also got a boost in his career with a prize of a music single to be produced by a leading Nigerian producer plus a top-notch music video, courtesy of the organizers.

Weeks ago, recall that when the top 7 contestants visited the sponsor, Rite Foods Limited, makers of Bigi drinks at its Lagos headquarters, the new star, Kingdom, revealed that his favorite Bigi variants were Bigi Water and Bigi sausage roll. It is now safe to assume that Bigi premium drinking water over the weeks has kept the star replenished and hydrated while he was dishing out refreshing music performances all through the competition.

Boluwatife Adedugbe, Brand Manager of Rite Foods Limited, makers of Bigi drinks affirmed again the company’s commitment to talent development and entertainment in Nigeria. According to her, Rite Foods Limited has found a way to give back to consumers with not only refreshing beverages but also operate on very high standards in Nigeria by tying the company’s values to youth and people centered initiatives.

Ms. Adedugbe further stated that this is why the company’s sponsorship of the music competition “is to ensure that talents are nurtured in order to inspire and empower stars that would take the music and entertainment industry to enviable heights. We also look forward to the winner tonight, Kingdom, doing more on the international scene to place Nigeria on the global map,” she added.

The popular hit song Jerusalema by Master KG heralded the performances at the grand finale with all judges and the entire cast of the Nigerian Idol season 6 spicing up the evening. It was indeed an awesome night of celebration for Nigerian talents as other stars like Patoranking, Ice-Prince Zamani, Ayra Star and Cobhams Asuquo graced the stage to add to the thrill of the excitement.

Bigi emerged at the heart of quality and excellence and has once again demonstrated its resolve to continue to promote talent discovery in music through the Nigerian Idol, while at the same time espousing its interest in creative platforms where abundant talents abound in the country.

Throwing its weight behind the Nigerian Idol has yet again proven that when it is time to get down; whether at work or at play, Rite Foods’ Bigi Soft Drinks are quite the Beverage! They are made for a good time and to power you for refreshment necessary for a good time.

Organizers of the event revealed that the Nigerian Idol season 6 recorded over 80 million votes in totality and the celebration and excitement continues on Showmax for fans and music lovers who want to bask in the ambience of the show.