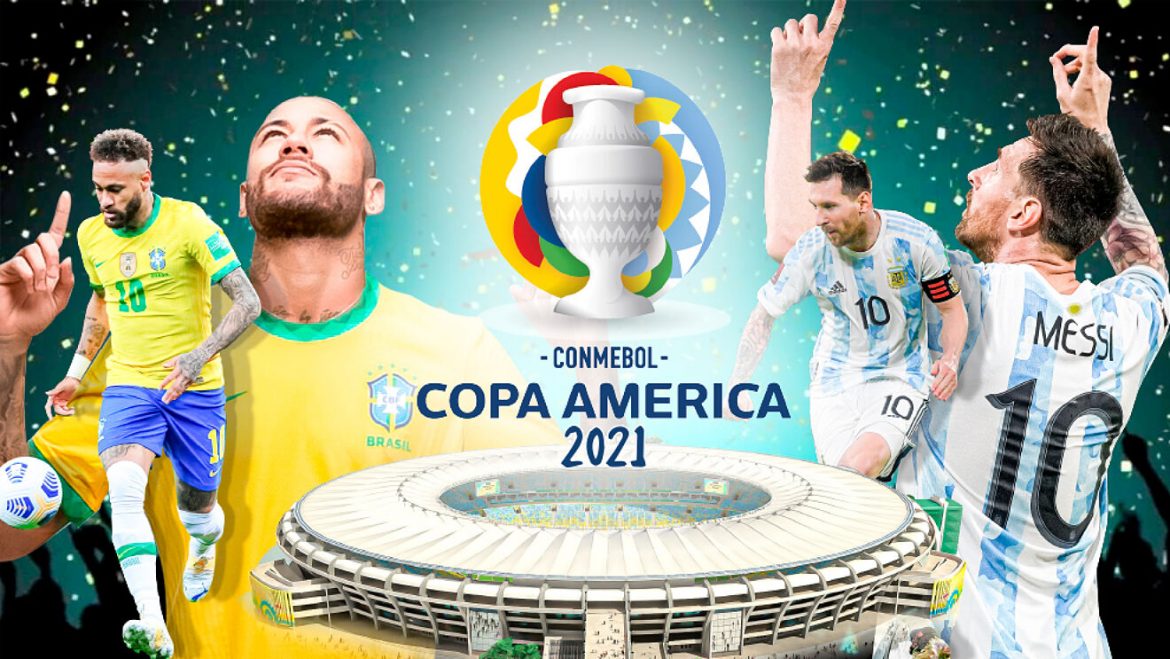 Brazil continued their winning romp through the Copa America on Wednesday, eking out a controversial 2-1 victory against Colombia after struggling most of the match to answer a magnificent bicycle-kick goal by Luis Diaz.

Brazil continued their winning romp through the Copa America on Wednesday, eking out a controversial 2-1 victory against Colombia after struggling most of the match to answer a magnificent bicycle-kick goal by Luis Diaz.

The 11th-hour win gave the “Selecao” a perfect nine points from three matches in the South American championships, and extended their current winning streak to 11 matches.

However, the victory was steeped in controversy: Brazil’s second-half equalizer, a Roberto Firmino header, was preceded by a Neymar pass that glanced off Argentine referee Nestor Pitana.

Colombia heatedly argued afterward that play should have been stopped, but Pitana ruled neither side was hindered and allowed the match to continue.

Disgruntled Colombia fans on social media turned the referee’s name into a viral hashtag, joking he had played as “Brazil’s 12th man.”

The resentment only grew when an unmarked Casemiro headed in the winner deep into stoppage time.

However, Colombia, who are second in Group B with four points from four matches, still secured a spot in the quarterfinals.

Porto winger Diaz opened the scoring in Rio de Janeiro in the 10th minute, when Juan Cuadrado lobbed an arcing cross from just outside the penalty area.

It was exactly the kind of play Brazil, which prides itself on beautiful football, has struggled to conjure recently, and even the home announcers hailed it as a “golaco.”

Colombia looked content to play defense after that, and Brazil dominated possession – but struggled to create opportunities.

Then, in the 78th minute, Firmino finally found the equalizer with an authoritative header that sped past Colombian keeper David Ospina.

But Pitana, who refereed the 2018 World Cup final, ruled the goal valid after checking the video.

“It’s sad that with all the effort we made against one of the best teams in the world, we lost the match on a call like that,” said Juventus striker Cuadrado.

“A referee with that much international experience, who’s refereed at the World Cup, makes a mistake and hurts the match. We never got past that play.”

Insult was added to injury 10 minutes into stoppage time, when Casemiro headed a Neymar corner past a distracted Colombia defense to give Brazil the win.

In the early match, Ecuador and Peru failed to settle who advances to the quarterfinals, drawing 2-2 in Goiania.

Ecuador took the early lead from an own goal, the ball going in off the foot of Peru’s Renato Tapia in a jostle in front of the goal in the 23rd minute.

Ayrton Preciado scored in stoppage time to close the first half with Ecuador ahead of Peru 2-0.

Peru’s Gianluca Lapadula answered in the 49th minute off a pass from Christian Cueva and Andre Carillo netted the equalizer in the 54th minute.

Ecuador had come into the match with only one point, earned in a draw with Venezuela, while Peru had three. Each earned another point, putting Peru in joint second place with Colombia.

Brazil now have nine points and Ecuador and Venezuela two each.

Brazil were already through to the quarterfinals before Wednesday’s matches, and are now joined by Colombia.

The rest of the group’s fate will be decided Sunday, when Brazil face Ecuador and Peru play Venezuela.

The top four of five teams in each of two groups advance to the quarterfinals.

But the action on the pitch continues to be overshadowed in Brazil by the controversial decision to host the Copa America at all, given that the country has registered more than half a million deaths in the coronavirus pandemic, second only to the United States.

The matches, played in empty stadiums, have generated less buzz than the 41 Covid-19 infections detected among players, coaches and tournament service providers.