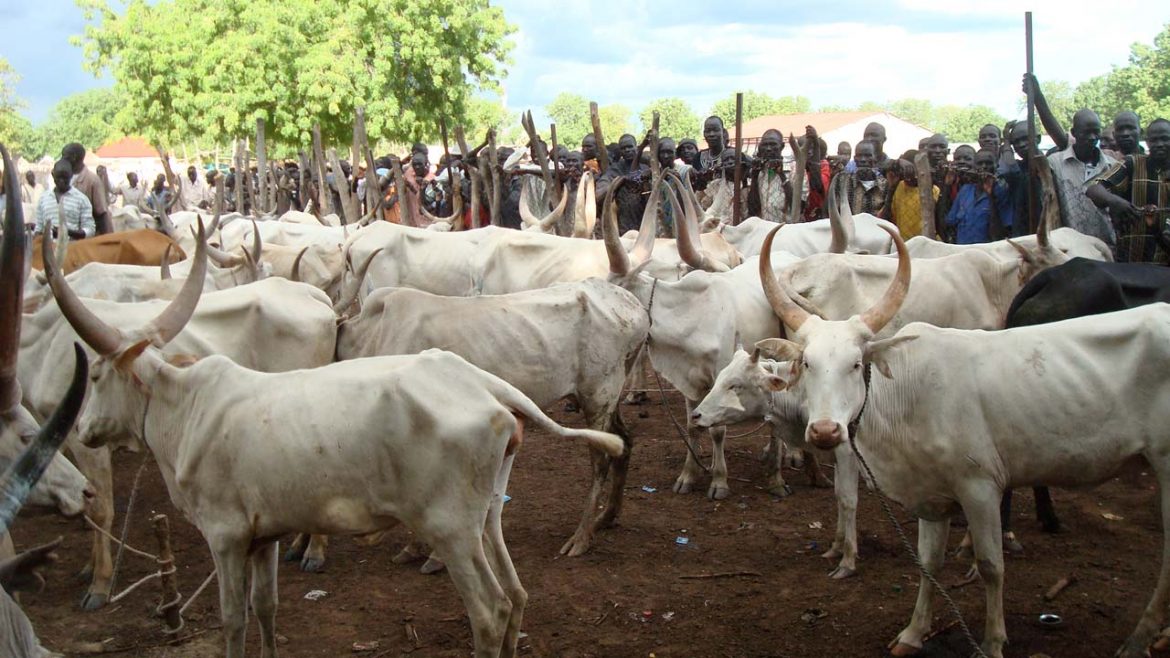 The Northern Governors Forum (NGF) has agreed that open grazing is unsustainable and initiated measures to end it, Plateau State Governor, Senator Simon Lalong has revealed.

Lalong, Chairman of the forum, has therefore asked the federal government to release funds for the implementation of the National Livestock Transformation Plan (NLTP).

Lalong made this disclosure yesterday during the seventh Annual Lecture of Sir Ahmadu Bello Memorial Foundation in Kaduna.

He stated that his northern colleagues had agreed to adopt ranching.

The Forum of Southern Governors had banned open grazing in all the 17 southern states. They recommended that the federal government should support willing states to develop alternative and modern livestock management systems.

They insisted that ranching be adopted as a permanent solution to the herders/farmers clashes in the country.

They had also called on President Muhammadu Buhari, to as a matter of urgency and importance, address Nigerians on the frightening state of insecurity across the nation and convene a national dialogue.

The National Economic Council under the chairmanship of Vice President Yemi Osinbajo adopted the NLTP.

Since 2018, however, NLTP has been a subject of national debate with some state governments indicating interest to kick off the plan while some rejected it on the ground that cattle rearing was strictly a private business.

At the annual lecture yesterday, Lalong noted that northern governors have accepted modern methods of grazing to explore the business angle of cattle rearing.

He added that the Forum has been at the forefront of pushing for solutions to open grazing and was aggressively sensitising herdsmen to adapt new methods of herding by ranching or other acceptable modern methods.

Lalong said the northern governors would not politicise the situation to create more problems.

“Let me emphasise that we have no intention of politicising this matter. Our interest is to transform it into a purely economic activity and also end the negative aspects of the current practice without creating new problems.

“We, as northern governors, therefore adopted the National Livestock Transformation Programme (NLTP) and called on the Federal Government to release funds to willing states to start,” Lalong said.

In fact, according to him, some states have begun processes to end open grazing in their states.

He pointed out that Kaduna “has a ranch with DANO milk as a pilot; Plateau has sent a bill on ranching to the state assembly, Zamfara, Kano, Taraba, Niger, Nasarawa have started ranch constructions.

“Benue State has had an anti-grazing law for some years. Northern governors are already walking the talk,” the Plateau governor observed.

On unemployment, the forum chairman said governors in the region have focused on creating more economic opportunities for the youths.

This, he said, was “to ensure that they are not idle and vulnerable to abuse and misuse by criminal groups and misguided politicians.”

He added that states in the region have commenced the process of turning cattle rearing into a huge business for the benefit of herders and the region’s economy.

NLTP, as an approach, seeks to provide ranches for livestock with a view to mitigating the incessant farmer-herder clashes.

In recent times, the clashes have worsened, leading to loss of lives and properties.