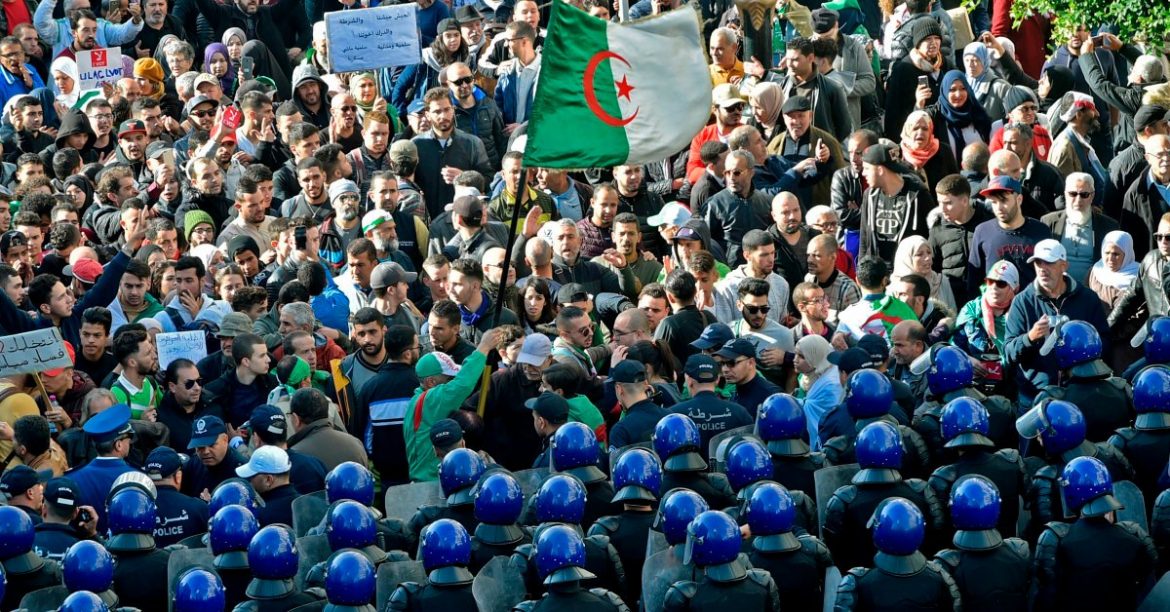 A leading Algerian opposition activist has been detained and is to appear before prosecutors on Thursday, his lawyer said, weeks ahead of elections he and other opponents have pledged to boycott.

His detention comes as the pro-democracy protest movement known as Hirak has sought to regain some of the momenta it lost when it suspended street rallies just over a year ago due to the Covid-19 pandemic.

Tabbou was summoned to the police station on Wednesday evening to respond to a complaint filed against him by Bouzid Lazhari, the president of the National Council for Human Rights, an official body.

The 47-year-old was to appear before a prosecutor on Thursday, lawyer Me Ali Fellah Benali said on social media.

“Algeria’s youth is determined to fight for their right to a dignified life,” Tabbou told AFP ahead of his detention.

He became one of the most recognisable leaders at mass demonstrations that broke out in February 2019.

The Hirak protest movement was sparked in February 2019 over Bouteflika’s bid for a fifth term in office.

The ailing autocrat was forced to step down weeks later, but the Hirak has continued its demonstrations, demanding a sweeping overhaul of a ruling system in place since Algeria’s independence from France in 1962.

Since the group’s second anniversary in February, thousands have returned to the streets, defying a coronavirus ban on gatherings.

Tabbou said his own party, the Democratic Social Union, was now “the largest political party” in the North African country, despite it being unregistered by the authorities.

His detention comes as activists warn of an increasing climate of repression, with political opponents and journalists targeted in the run-up to the legislative elections on June 12.

Earlier this month, security forces arrested eight people they said were linked to the Hirak movement over an allegedly foreign-financed criminal association.

Authorities say the protest movement is being infiltrated by Islamist activists who are trying to drag it towards violence.

President Tebboune served as a prime minister under Bouteflika and won a presidential election in December 2019, in a poll that was boycotted by the protest movement. Official data put the turnout at less than 40 percent.

In further moves dismissed by the protest movement as window dressing, Tebboune oversaw a constitutional referendum late last year and brought the legislative elections forward, in a bid to soothe the political and socioeconomic crisis.

“This election does not concern us,” activist Tabbou told AFP.

“The regime mobilised colossal resources to hold a false presidential election, a false referendum — and now it organises false legislative elections,” he said.

Ordinary Algerians were fed up, he said. “We see the country as a barracks”.