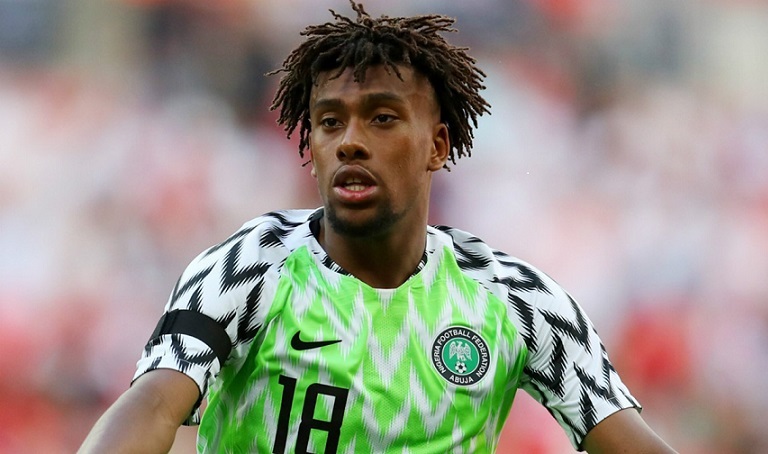 Alex Iwobi is in contention to make his 60th appearance for the Super Eagles in the international friendly against the Desert Foxes of Algeria, reports Completesports.com.

The Super Eagles will be up against the Desert Foxes at the Miloud Hadefi Stadium, Oran on Tuesday (today).

Iwobi started as a youth international for England, with whom he won the 2011 Victory Shield. The 26-year-old earned 11 caps for England at underage level, but went on to declare for Nigeria in 2015.

The versatile midfielder made his debut for the Super Eagles in October 2015, replacing Ahmed Musa in the 2-0 friendly defeat to the Democratic Republic of Congo.

Iwobi scored the crucial goal that qualified the Super Eagles for the 2018 FIFA World Cup in Russia.

The former Arsenal player was part of the squad to the mundial where the Super Eagles were eliminated in the group stage.

He has represented Nigeria at two Africa Cup of Nations finals.