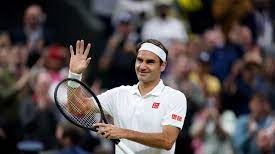 Roger Federer says his decision to retire came after he “stopped believing” he could continue playing because of injuries.

The 20-time Grand Slam champion is retiring from the sport   after this weekend’s Laver Cup in London.

The Swiss, 41, has not played since Wimbledon 2021, after which he had a third knee operation.

“The last three years have been tough to say the least,” he told BBC Breakfast.Federer said he had a scan a few months ago and it was “not what I was hoping for”, adding: “Very quickly we realised this was it.

“I knew I was on very thin ice for the last year ever since I played Wimbledon.

“I tried to come back but there was a limit to what I could do. And I stopped believing in it, to be honest.”

In a wide-ranging interview with Sally Nugent, Federer discussed his emotional retirement statement, reflected on his trophy-laden career, looked at what’s next for him and offered his memories of the late Queen.