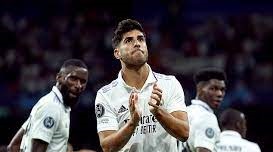 Barcelona are looking to continue their rebuild under manager Xavi following a summer spending spree.

The Catalans got Robert Lewandowski, Jules Kounde, Raphinha and Franck Kessie. And according to Mundo Deportivo, Xavi and Co would like to sign soon-to-be out of contract Madrid forward Asensio as their next marquee signing.

The report adds that if Asensio’s contract situation is the same come the winter transfer window, Barca may decide to act then. Barca may be able to get Asensio for a lesser fee in January, or wait until the summer to get him for free.

In a boost to Xavi’s side, Asensio’s agent, Jorge Mendes, has a good relationship with club president Joan Laporta. Barca have enjoyed a strong start to their LaLiga campaign.