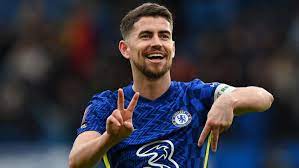 Chelsea midfielder Jorginho is reportedly Barcelona’s latest target, as they already plan ahead for the opening of the winter transfer window.

Barcelona were in talks with Chelsea during the summer window for Marcos Alonso and also interested in Chelsea skipper Cesar Azpilicueta after the acquisition of Andreas Christensen on a free transfer.

Now according to The Sun have the Catalans are monitoring Jorginho’s contract situation and could sign him in January.

It is reported that the 30-year-old, whose contract ends in 2023, could be sold in January or leave Chelsea on a free transfer.

Graham Potter has recently taken over from Thomas Tuchel at Stamford Bridge and Jorginho may not feature in his plans.

Jorginho previously played for Napoli and Hellas Verona in Serie A before joining Chelsea.

The midfielder was named UEFA Player of the Year in 2021, and has won the Champions League with Chelsea and the European Championship with Italy.