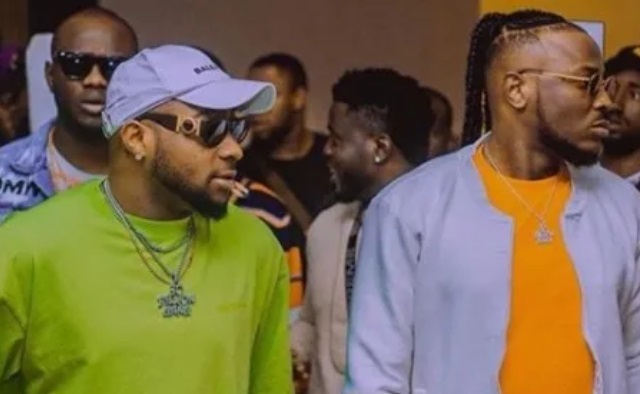 He took to social media in response to a tweet from a follower who claimed that the singer was responsible for 80% of his label’s boss, Davido’s songs.

Reacting to the video, a tweep wrote:

“AFTER SEEING THIS VIDEO, I AGREE THAT PERUZZI WROTE 80% OF DAVIDO’S HIT! SAME PATTERN BRO!!”

Peruzzi did not remain silent as he challenged the twitter user in his reply to name one Davido’s song that has the same pattern as “Hypertension.”

HE REPLIED: “OKAY, NAME 1 DAVIDO SONG THAT HAS THE SAME PATTERN AS “HYPERTENSION”. I WON’T WAIT. STOP CAPPIN”.