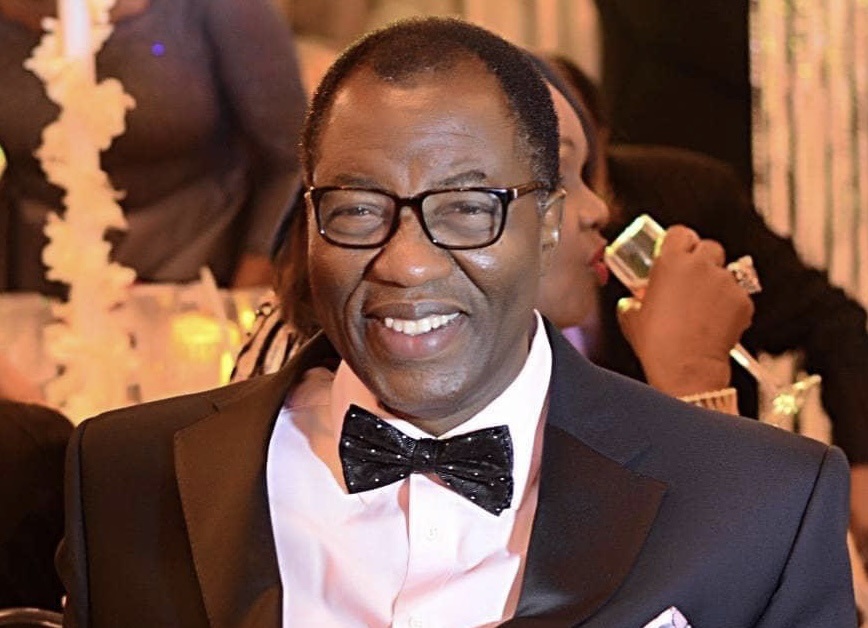 Justus Olugbenga Daniel, popularly called OGD (Otunba Gbenga Daniel) was the former Governor of Ogun State took the driver’s seat as the third democratically elected of the State he armed himself with a blueprint titled “My Contract with the people of Ogun State.” With this, he got cracking on the dualization of the Abeokuta-Kobape-Siun-Sagamu highway, turning it into a 37.5 -kilometer express road.

Daniel was elected governor of Ogun State in 2003 Ogun State gubernatorial election, running on the PDP platform beating the incumbent with 217, 353 votes. His victory remains the biggest electoral victory in Ogun state.

He Scored 449,335 votes against the sitting governor who scored 231,982 votes recording the widest margin ever in Ogun state governorship race.

He acquired the  chieftaincy title Otunba of the Egba and Ijebu  clans of the state during the course of his first term. He was re-elected in April 2007. His April 2007 election was disputed by rival candidate  Ibikunle Amosun of the All Nigeria People’s Party  (ANPP), but in August 2009 the Ogun State Election Petitions Tribunal dismissed the petition. He promoted entrepreneurship amongst young people through voracious youth development programmes. The Nigerian Youth Council of the state was massively empowered to help youths all over the state and many young people were appointed into notable political positions. Some of his other achievements while in office include building roads, recreational centres and stadiums in the three senatorial districts of the state, and setting up a University of Education.

The Gateway International Stadium was a site of the 2009 FIFA U-17 World Cup which was held in Nigeria. In February 2009, Daniel authorized reduction of fees at the State-owned Moshood Abiola Polytechnic  to ₦7,000. This followed negotiations with the National Association of Nigerian Students after parents and students had protested recent increases to fees. That was once upon a time.

The positive effect is everlasting on the people of Orile Imo along Abeokuta to Sagamu road in Ogun State; hitherto a somewhat somnolent settlement. The few houses in that village were typically rural, built of mud (mostly dilapidated) with thatched roofs. Apart from the inhabitant farmers and petty traders, indigenes of this community rarely passed the night when they visited, as there was no electricity too

The usual practice in government was to mark out such houses, demolish, get the job on course and pay some compensation to the affected landlords who have original documents to prove ownership. The then governor decided to jettison the old system, and instead showed his design to his Special Adviser on Works and Infrastructure, Kehinde Osikoya, who doubled as Chief Executive Officer of Ogun Road Management Agency (OGROMA), a new agency made up engineers and other technical experts in the public service of Ogun State.

He is a brilliant and charismatic personality with his trademark smile, and black cap, Daniel is in love with debates and strategy sessions. This favorite student of Late Professor Ayodele Awojobi brought in an appreciable number of technocrats to complement politicians in moving the state forward.

Born on April 6, 1956 to Late Bishop Adebola Daniel and Late Princess Esther Olaitan Daniel, he is married to Yeye Olufunke Daniel (a study in human relations) and is blessed with children. He attended Baptist Boys High School, Abeokuta and University of Lagos where he bagged a Bachelor’s degree in Mechanical Engineering and a Master’s in Business Administration.

As a politician, Otunba Daniel is principled, a go-getter, dynamic leader and a gentleman.

In 2018, Atiku Abubakar announced the appointment of Gbenga Daniel as the director-general of his presidential campaign organization. Daniel led the former vice-president to victory in the presidential primary of the PDP in Port Harcourt despite the predictions of bookmarkers

In February 2021, Gbenga Daniel officially joined the All Progressive Congress (APC) after two years of leaving partisan politics. In his remark during the ceremonial handing over of the broom symbol of the party, Daniel stated that his main goal in politics is to foster national unity and the development of the country. He was received into the party by five governors namely Governor Dapo Abiodun of Ogun State Governor Rotimi Akeredolu of Ondo State Governor Abubakar Atiku Baguda of Kebbi State Governor Abdullahi Umar Ganduje of  Kano State, and Governor,  Abubakar Sani Bello of Niger State.

Shortly after joining the APC, Daniel was appointed by the Caretaker/Extraordinary Convention Planning Committee (CECPC) to head the Media and Publicity Sub-Committee of the party as well as a member of the contact/strategy sub-committee.