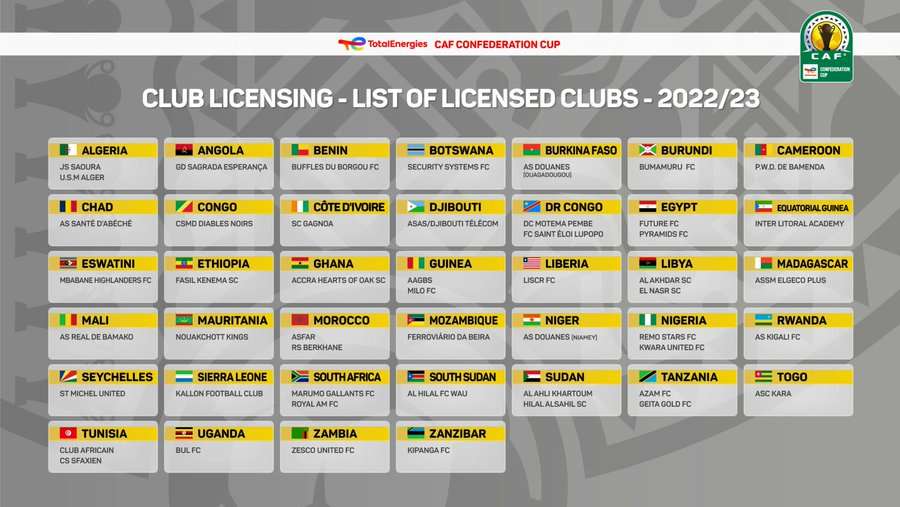 Barely three weeks to the start of the 2022/2023 CAF inter-club competitions, the African football body has released the list of the licensed clubs for the competition.
CAF early in the year set a standard for participating clubs both in the Champions League and Confederation Cup must meet deadline before they can be allowed to play in the tournaments.
On Monday evening, it released the list of the licensed clubs and Nigeria’s representatives Rivers United and Plateau United (Champions League) and Remo Star and Kwara United ( Confederation Cup) prominently featured.
The Pride of Rivers won the 2021/2022 NPFL season with Plateau United as the first runners-up, both Remo Stars and Kwara United finished in the 3rd and 4th positions respectively.
According to CAF, 58 clubs were licensed in the Champions League while 50 clubs got licensed in the Consideration Cup.