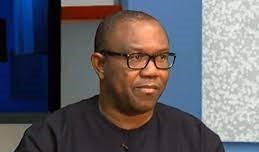 THE Presidential Candidate of the Labour Party, LP, Mr. Peter Obi has described the current fuel subsidy regime as a scam, saying he would offer an alternative, if elected.

Speaking yesterday during a live interview on Arise TV, the presidential candidate said petrol subsidy is not beneficial to the country’s economy, promising that he would not squander $40 billion on subsidy as currently being done by the All Progressives Congress, APC-led Federal Government.

Petrol subsidy payments gulped N1.27 trillion in the last five months, about 31 percent of the N4 trillion provision for the year. It eroded oil gains as Nigerian National Petroleum Company, NNPC, Limited failed to remit revenue to the federation account.

“If we spent $20 billion on power, we would have been generating and distributing 20,000 megawatts of electricity today.

“It means subsidy alone would have solved a lot of issues in our education, health and power. If we have 20,000mw, we will be growing at more than 4 percent and add over $100 billion to our GDP.

“Within the same period, we have borrowed $90 billion, which we are servicing. With this, you could see total mismanagement of resources that could have changed the entire North… that vast land would have been huge farmland,” he said

On whether or not he would remove subsidy, Obi said: “We have to study and look at it critically. Yes and No, because I would remove it, but I have to offer them what would be equivalent to what we are removing.

“I cannot spend $40 billion on subsidy and expend 50 percent of it on education and health even security. Are you saying [petrol] subsidy is more important than the security of lives and property?

“I have been saying subsidy is a scam, and I will continue to say it. There are so many scams all over the place, including the cost of governance.”