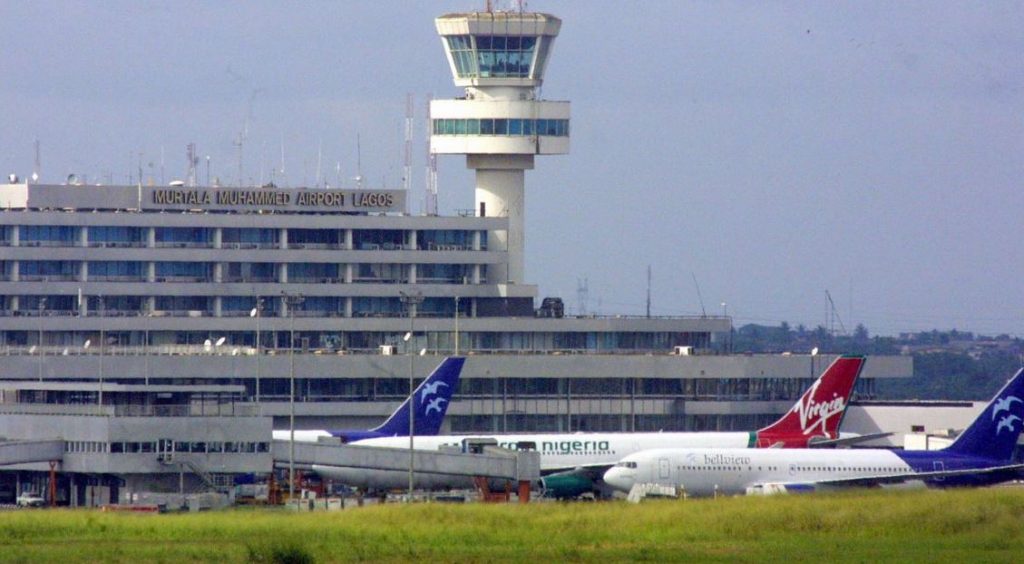 The international wing of the Murtala Muhammed International Airport, Lagos, was temporarily shut in the early hours of Thursday after the mangled body of a dead man was found on Runway 18R of the nation’s flagship airport.

The identity of the corpse could not be ascertained as of press time. Also, it could not be established whether the dead man was knocked down by an aircraft taking off or landing on the runway.

However, airport officials told our correspondent that the runway was temporarily shut down while a team of officials from the Federal Airports Authority of Nigeria and the Nigeria Police Force evacuated the corpse from the runway.

During the temporary shutdown of the runway, international flights were prevented from landing and taking off from the airport’s international terminal.

Among the flights that could not land due to the shutdown was an Ethiopian Airlines flight 3907, a Boeing 77F aircraft with registration number ETAVN, which was coming from Lome, Togo to Lagos, Nigeria.

The flight was later diverted back to Lome after holding for a while.

Airport officials said the corpse was suddenly found on Runway 18R during a routine runway inspection by FAAN personnel.

The officials were said to have reported a corpse on the runway around the cargo area.

The spokesperson for FAAN, Mrs. Faithful Avokerie Hope-Ivbaz, could not immediately confirm the incident, saying she had yet to be briefed on the development.

Also, the Police Public Relations Officer, Airport Command, Mr Olayinka Ojelade, said he had yet to get the requited signal on the incident.

He promised to get back. As of the time of filing this report, he had yet to do so. However, a top police official at the MMIA confirmed the development.

He said the command was called upon in the early hours of Thursday to evacuate the corpse from Runway 18R.

According to him, the police are still investigating the identity of the dead man and how he got to the security area of the international airport.

However, an aviation security expert and former Military Commandant of the MMIA, Group Captain John Ojikutu (retd.), said there was a need to investigate how the unidentified man found his way into the sensitive area of the airport, describing the incident as a major security breach.

The man was later arrested by security operatives who were notified by the pilot of a private jet coming behind the Air Peace plane.

The incident happened barely six months after a man found his way into the Lagos airport and climbed a Port Harcourt-bound Azman Airlines plane.

The man, believed to be mentally ill, was later identified as Usman Adamu from the Republic of Niger.

The police said the Nigerien could not speak or understand English Language.

The authorities said then that investigation was still ongoing to ascertain how Adamu gained access to the restricted area at the airport.