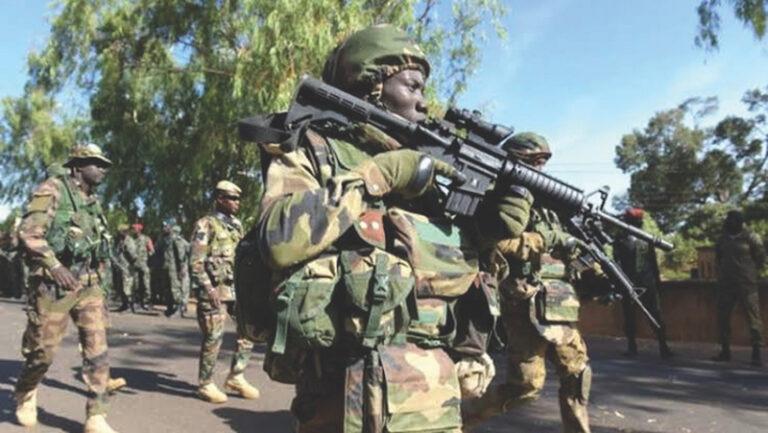 The Defence Headquarters, on Thursday, said no fewer than 1,627 terrorists surrendered to troops in the last three weeks, adding that a total of 53,262 have surrendered so far.

It also said troops rescued 63 civilians held captive by the terrorists and killed 98 terrorists, bandits and other economic saboteurs during operations across the country.

The director of Defence Media Operations, Major General Bernard Onyeuko, disclosed this during a biweekly update on the Armed Forces of Nigeria between April 28 – May 19, 2022.

He also said 17 illegal refining sites were discovered and deactivated.https://imasdk.googleapis.com/js/core/bridge3.516.0_en.html#goog_1606580758

In a similar vein, troops in Operation Whirl Stroke neutralised 13 bandits and recovered 27 rounds of 7.62mm ammunition, one motorcycle and 8 phones.