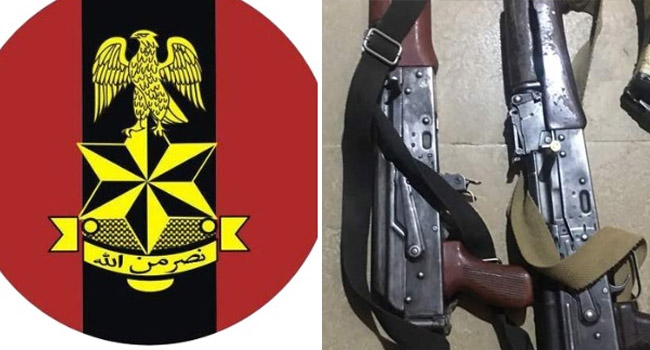 The personnel named Lance Corporal Abdullahi Jibrin was allegedly fingered during the attacks in Geidam and was later arrested around the Gashua axis.

He said “Lance Corporal Abdullahi Jibrin was allegedly fingered during the last attack in Geidam and was later arrested by his commanding officer for failing out of duty. He later struggled and forcefully used an AK-47 rifle to kill himself”.

“A committee has been set up by the army to investigate the root cause of his death before making it public.”

Geidam a distance of 177 kilometres away from Damaturu, the state capital, was attacked last week which resulted in the death of nine persons.