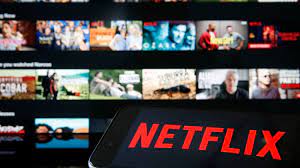 Streaming giant Netflix has announced it has paused all future projects and acquisitions from Russia.

The company said it was assessing the impact of the current invasion of Ukraine.

Filming for the production of Russian language series Zato will be halted.

The two companies are the latest US technology firms to take action against Russia as attacks on Ukraine’s cities have escalated.

On Tuesday, Apple also announced that it was halting sales in Russia.

Netflix would not comment on how many people use its streaming service in Russia.

Earlier this week, however, it confirmed in a report by Holly Reporter that it would not carry Russian state channels.

“Given the current situation, we have no plans to add these channels to our service,” a Netflix spokesperson told the magazine in a statement.

Under a law that only came into effect on 1 March, “audiovisual services” in the country with more than 100,000 users will be required to carry 20 major state television channels.