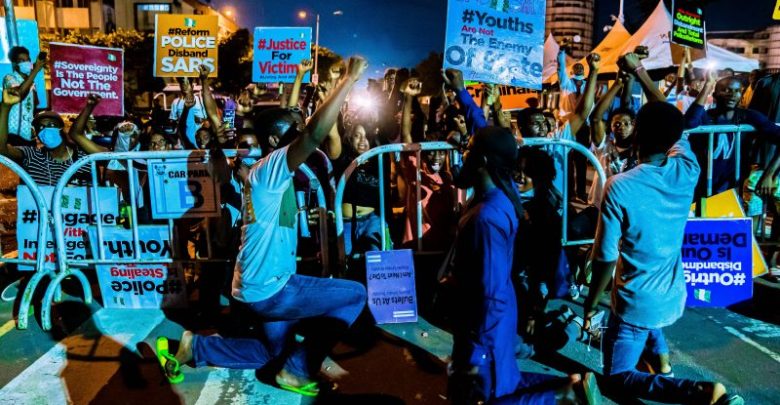 A High Court in the Federal Capital Territory has ordered a Magistrate, Omolola Akindele, to immediately halt proceedings and stay the action in a criminal complaint filed by one Kenechukwu Okeke, against 50 persons who supported the #EndSARS protests.

Justice Bello Kawu also restrained the Nigeria Police Force from arresting or taking any action against the #EndSARS activists.

The magistrate had ordered the Commissioner of Police in the FCT to launch an investigation into the 50 notable persons who promoted the #EndSARS movement.

Adeyanju subsequently filed an application before the FCT High Court seeking a judicial review of the substantive matter before the magistrate.

Delivering the judgment, Justice Kawu said, “An order of this honourable court granting leave to the application to issue and serve on the defendant an application for judicial review against the proceedings/direct criminal complaint of Hon. Omolola Tolulope Akindele sitting at Chief Magistrate Court II, Wuse Zone 6 in the suit of Kenechukwu Okeke Vs Deji Adeyanju and 49 others in suit No. CR/49/2020.

“An order of this honourable court, that on the grant of the above orders herein, serve as stay of all proceedings on the direct criminal complaint Omolola Tolulope Akindele sitting at Chief Magistrate Court II, Wuse Zone 6 in the suit of Kenechukwu Okeke Vs Deji Adeyanju and 49 others in suit no. CR/49/2020.

“An order of this honourable court, that on the grant of the above orders herein, same order as granted by the honourable court shall restrain the Nigeria Police Force, 2nd and 3rd defendants from taking any further steps, arresting and or taking any unconstitutional/illegal steps in the form of any guise as it concerns the subject matters whatsoever before this court herein as it concerns all parties in the proceedings.”

In his supporting affidavit, Okeke said the defendants played active roles in the #EndSARS protest which later became violent.

It read in part, “That the 1st to 50th accused persons between the 3rd day of October 2020 and the 28th day of October 2020, using Twitter, an Internet web source with URL https://www.twitter.com within the jurisdiction of this honourable court did conspire amongst themselves to commit a misdemeanour, to wit, promoting and acting in such a manner, with intent to assist in the promotion of #EndSARS and thereby committed an offence punishable under Section 97(2) of the Penal Code Act, C53 Laws of the Federation of Nigeria, 2004

“Properties belonging to the complainant were egregiously destroyed by some riotous and tumultuous persons instigated and incited by the 1st to 50th accused persons.”