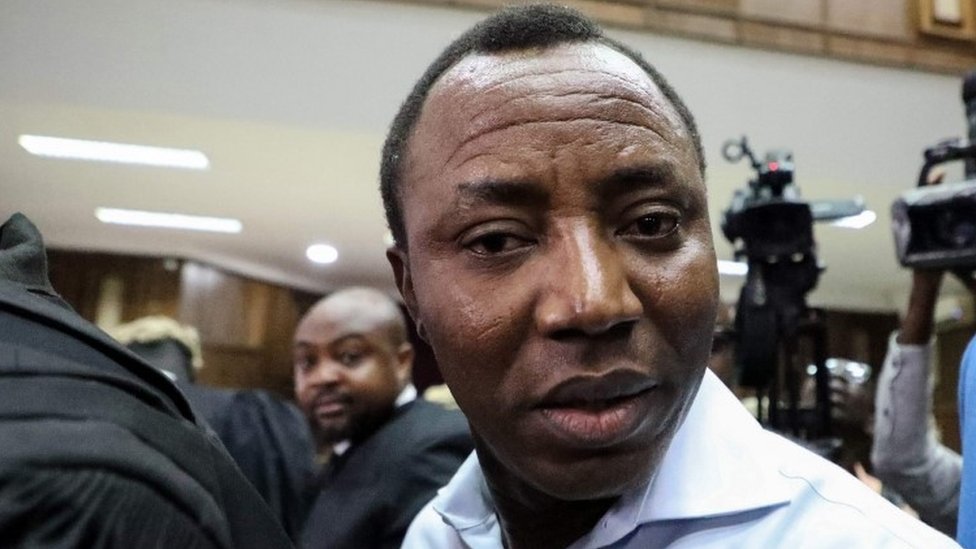 A Chief Magistrate Court sitting in Abuja has granted bail to the Convener of #RevolutionNow, Omoyele Sowore in the sum of N20million Naira.

The second to fifth defendants were also admitted to bail in the sum of N1million Naira and one surety in like sum.

Chief Magistrate Mabel Segun-Bello while ruling on the bail application on Monday also ordered Sowore to remain in Abuja and must physically report to the court registrar every Monday and Friday pending the hearing and determination of the case against him. #

The All Progressives Congress (APC) in Edo State has said it would challenge the ruling in its certificate forgery case against Governor Godwin Obaseki.

A Federal High Court in Abuja presided over by Justice Ahmed Mohammed, on Saturday ruled in favour of Obaseki in the forgery case brought before it against the governor by the state opposition party.

But in a statement on Saturday, the Chairman of the Caretaker Committee of the APC in the state, Col. David Imuse, said that the party would appeal the case. #

The Acting Director, Defence Media Operations, Brig.-Gen. Benard Onyeuko, in a statement on Sunday, said the troops identified and encircled and ambush site and engaged them with superior firepower.

Onyeuko said the troops tactically out-manoeuvered the criminals and engaged them with superior firepower resulting in high casualty on the side of the terrorists.

He further revealed that in the aftermath of the decisive encounter, 28 Boko Haram terrorists were neutralised while few others are believed to have escaped with gunshot wounds. #

The Non-Academic Staff Union of Universities (NASU) and the Senior Staff Association of Nigeria Universities (SSANU) have threatened to embark on a three-day protest on Jan. 12.

The unions in a circular jointly issued on Sunday in Abuja said that the planned strike was to protest the non-implementation of an agreement reached with the Federal Government.

The unions under the aegis of the Joint Action Committee (JAC) issued the circular to all branch chairmen of the unions in the universities and Inter-university centres.

The circular was signed by General Secretary of NASU, Peters Adeyemi and president of SSANU, Mohammed Ibrahim. #

Ekiti has re-imposed fresh restrictions to movement and banned large public gatherings amid fears of the escalating second wave of the COVID-19 pandemic.

The Commissioner for Information and Civic Orientation, Akin Omole, announced on Sunday evening, in Ado Ekiti, that the state government had imposed an 8.00 pm to 6.00 am daily curfew across the state.

Omole said in a statement that the government had equally banned all public gatherings of more than 20 people, anywhere in the state until further notice.

He added that the drastic steps, as approved by Gov Kayode Fayemi, are as a result of the alarming rate at which the second wave of COVID-19 is spreading in Nigeria and elsewhere and that these restrictions will take effect from Monday, January 11th, 2021, at 6:00 am. #