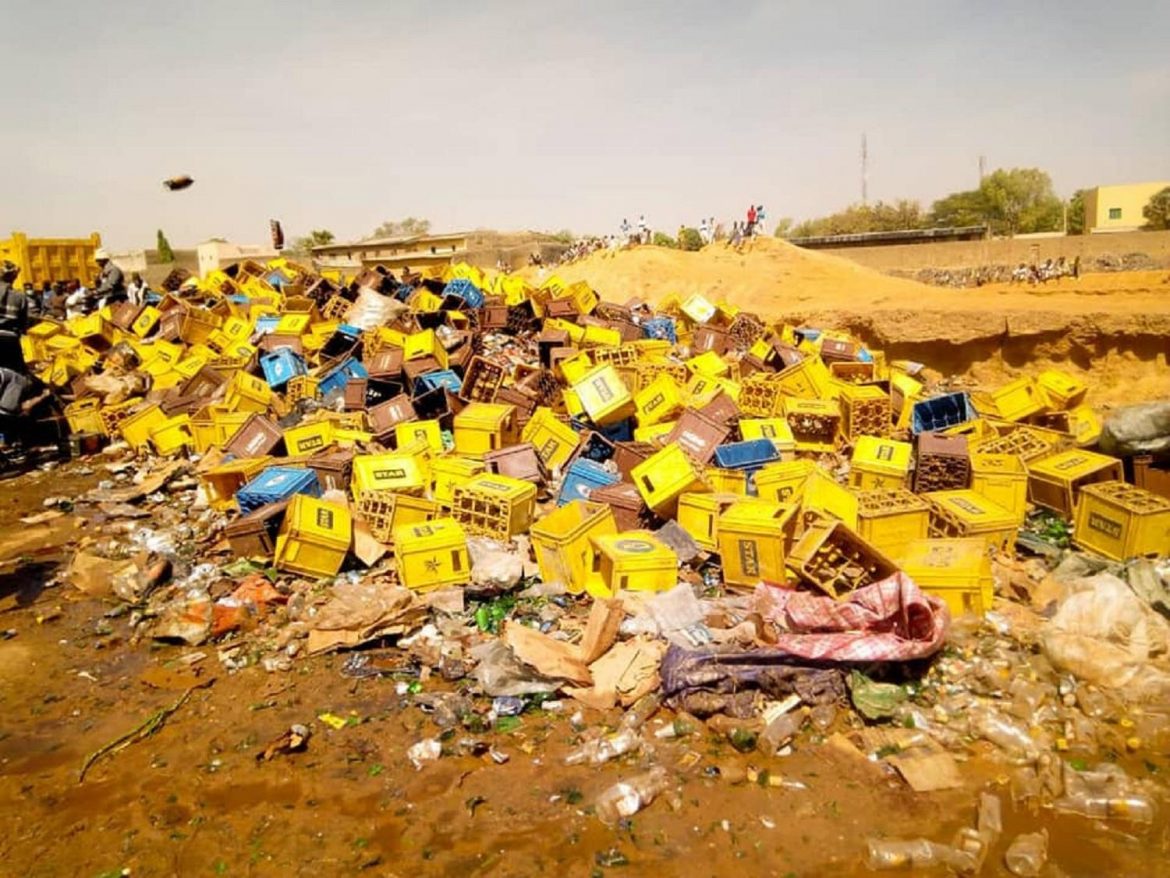 The Jigawa State Hisbah Command said it had confiscated 308 bottles of assorted alcoholic drinks in Gumel Local Government Area of the state.

Kano State Hisbah Board says it has intercepted two vehicles loaded with 5,760 cartons of assorted beer.

The Public Relations Officer of the Board, Lawan Ibrahim-Fagge, who disclosed this in a statement, said the vehicles were intercepted by its operatives along Kano/Madobi road at about 4:00 am. on Wednesday, September 8.

The Commander-General of the board, Dr Harun Ibn-Sina, while inspecting the vehicles at the headquarters, said the board has prohibited the sale of beer in the state as a measure to prevent residents from being intoxicated.

He said the board would continue to sustain the fight against drugs and other intoxicating substances among youths in the state.

Ibn-Sina, who commended the efforts of Hisbah corps, volunteers and stakeholders for their commitment, said the unwholesome practice among youths had been a source of concern to the society.

He said efforts at ridding society of the menace of drugs and other intoxicants would be sustained.