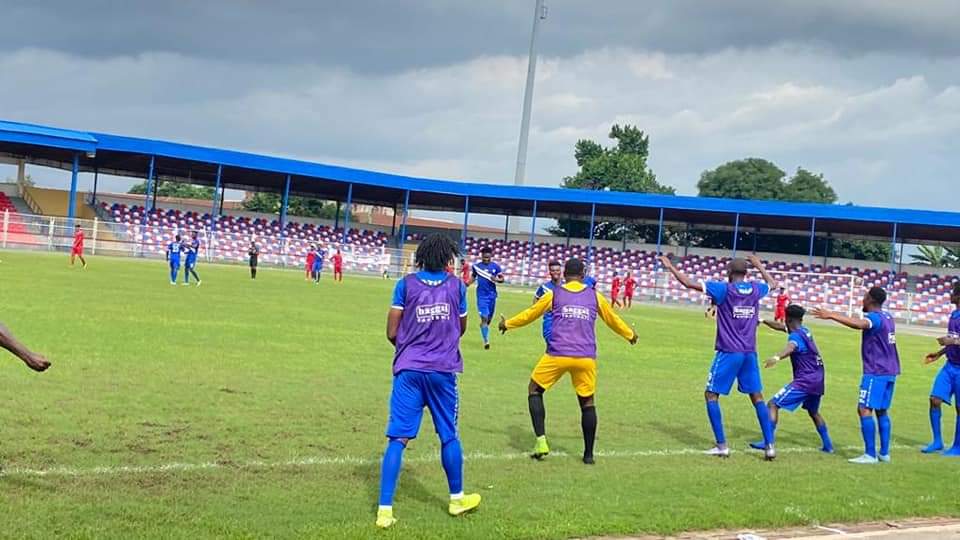 John Shaibu discloses that Bayelsa United’s quest of reaching the 2021-22 Caf Confederation Cup second round ‘now looks easier’ as their preliminary round fixture against Ashanti Golden Boys will be decided over one leg.

The encounter against the 2021 Guinee Coupe Nationale runners-up will not go as planned owing to the backdrop of a reported coup d’etat attempt in Guinea.

To the former Sunshine Stars and Abia Warriors goalkeeper, the verdict by the Confederation of African Football is a massive boost for Depreye Tebowe’s men.

Nonetheless, he claims his team will not approach the potential cracker with kid gloves.

“We know that a win on home soil will see us through to the next round of the Caf Confederation Cup and that is a massive boost to us.

“Even at this, we will approach the match like a hungry tiger because our opponents would be coming to pick an away result.”

Caf had issued a statement on their website stating all matches involving Guinean teams would be settled away from home in accordance with Caf inter-club competition’s rule.

“After monitoring the political and security situation in Guinea and following careful consideration, the Caf Inter-club Committee has decided that all three fixtures involving clubs from Guinea in the preliminary stages will be played in a single leg at the opponent’s territory in accordance to Article 2.1 of the Caf Inter-club Regulations,” it read.

The Nigeria National League side won the 2021 Aiteo Cup after defeating NPFL side Nasarawa United via penalty shoot-out following a 2-2 draw after extra-time. They are Nigeria’s representatives alongside two-time African kings Enyimba.