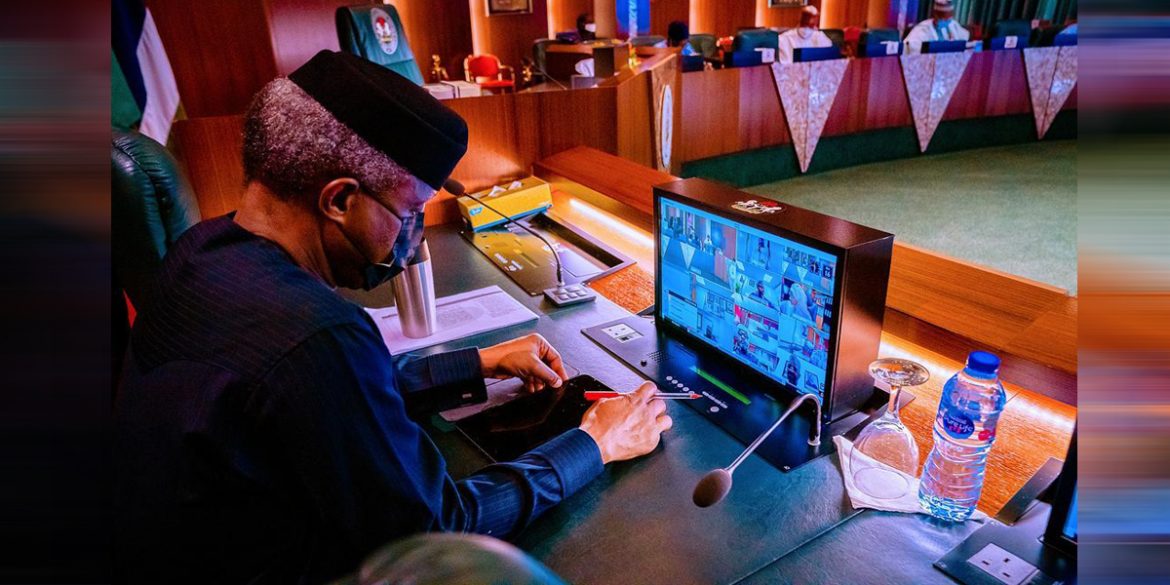 Vice President Yemi Osinbajo has charged stakeholders in the oil industry to find a way of producing oil cheaper at the largest volume possible given the circumstances and future of oil itself and the country’s of requirements and needs.

Osinbajo who commiserated with the family members, friends and associates of the late civil society leader, noted that Nigeria has lost a “thoroughbred social activist” whose “relentless pursuit of justice and the common good will be an enduring legacy.”

In a tribute yesterday, the vice president, in a statement by his media aide, Laolu Akande, described the late Chukwuma as a “friend and collaborator of many years.”

He said, “I was greatly saddened by the news of the passing of Innocent Chukwuma, a thoroughbred social activist, my friend and collaborator of many years. Innocent, then in CLEEN Foundation, was a crucial resource in Police reform in support of our justice reform efforts in Lagos State in my time as Attorney-General.

“Also, as Ford Foundation Lead in West Africa, he was first amongst others to support our work in the Office of the Vice President, OVP, in the setting up of the Presidential Advisory Committee Against Corruption, PACAC, and most recently, in the Police reform efforts of the Federal Government.

“His thoughtful, knowledge-driven, drama-free, but relentless pursuit of justice and the common good will be an enduring legacy.

“We pray for God’s comfort for his wife, family and loved ones, and blessings on his memory and legacy always.”