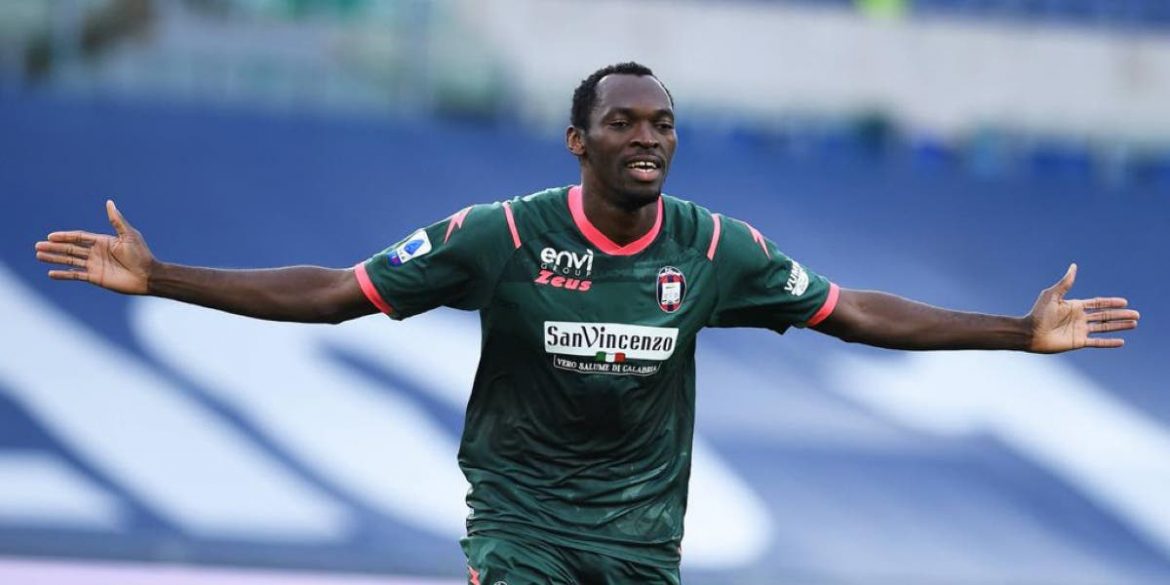 Crotone striker Simeon Tochukwu Nwankwo equaled an Italian Serie A record in his team’s 4-3 loss to Napoli at the Stadio Diego Armando Maradona on Saturday afternoon.

When he found the back of the net through a right-footed shot in the 25th minute, it meant he has scored in five consecutive matches in the top-flight – seven goals in five matches.

According to Sky Sport Italia, he is the third African player in the history of the Serie A to score for five straight Serie A appearances after Milan legend George Weah in September 1996 and Keita Balde in May 2017.

The Nigeria international first got on the scoresheet against Atalanta, bagged a brace against Torino and Lazio, and then scored against Bologna, before another brace in Saturday’s defeat to Napoli.

Simy is growing in stature and confidence this season and 15 goals from 29 league matches clearly indicates his rich vein of form.

The Nigerian is the first player since Paulo Dybala in 2014-2015 (when he played for Palermo) to score in five straight games whilst playing for a newly promoted team.

With 8 goals in 5 matches, no player in Europe’s top five leagues scored more than him in the last one month, including Bayern Munich’s Robert Lewandowski (7 goals), Real Madrid’s Karim Benzema (6 goals) and Leicester City’s Kelechi Iheanacho.